Check out the latest Elephant Conservation Project news and donations 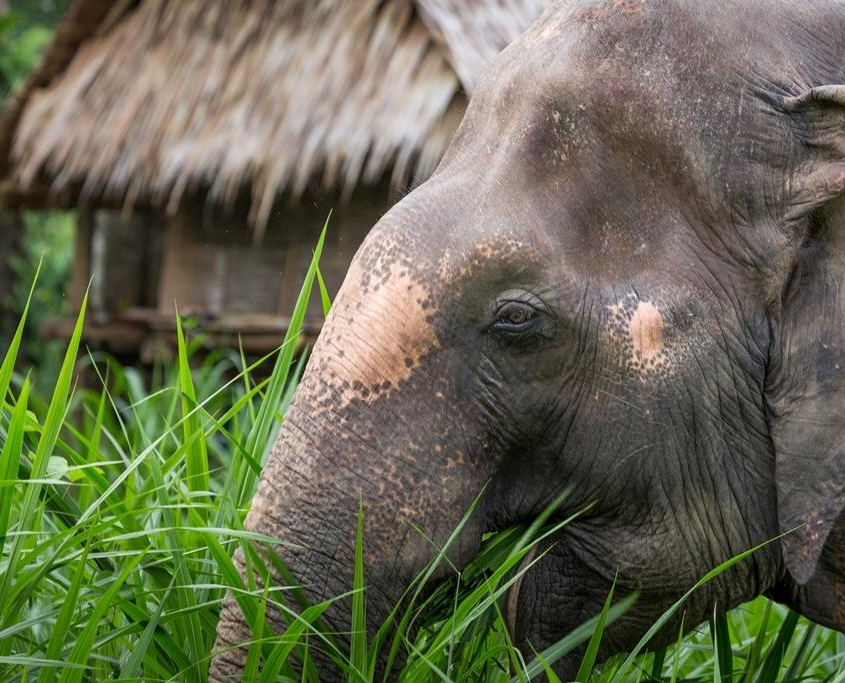 Elephant welfare has been a high priority for us from the start and whereas our elephants are well taken care of and happy, we want to do our part in helping other elephants in Thailand; both domestic and wild populations. This is the reason we founded the Elephant Conservation Project over ten years ago.

We spread awareness of the endangered Asian Elephants and support elephant conservation by contributing to help to keep the wild populations safe. Some of the recent donations include an electric fence in Kanchanaburi and several salt licks in Loei – both projects aim to help to prevent human-elephant conflicts at the Wildlife & Elephant Sanctuaries. We also aid government run elephant hospitals by donating essential equipment as well as herbs, plants and trees to help to improve the welfare of the domestic elephants treated in the hospitals.

We are currently looking for partners to co-operate with our Elephant Conservation Project through sponsorship. If you or your company would be interested, please contact us at [email protected]. 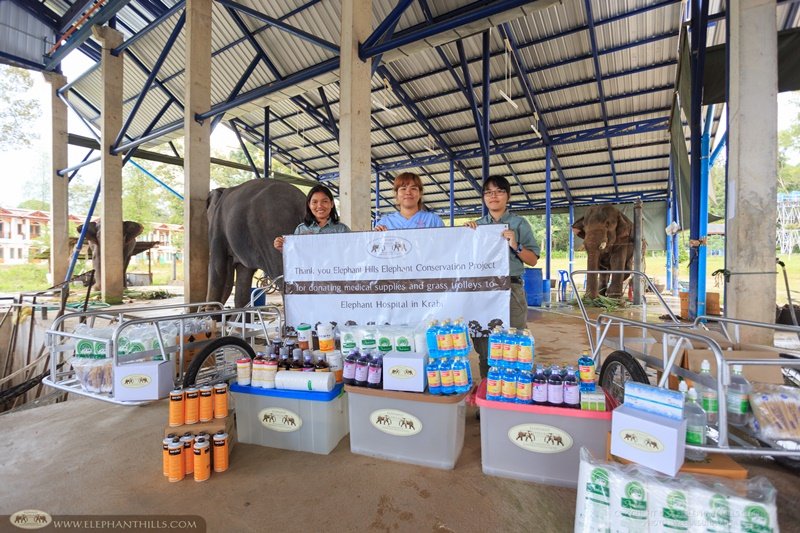 Our team recently took to the road and visited five National Parks and Wildlife Reserves in Thailand to discuss about the human-elephant conflict and ways to solve it. We drove through the country’s nature parks to reach the areas most affected by human-elephant conflicts, in order to learn more and see how we can help.

Although the nature of the problems as well as solutions differed quite a lot in each area, there was one thing common for all places we visited: the increase in the number of wild elephants. While this is amazing news, it evidently also means an increase in conflict situations as the rainforests are not getting any bigger, and no new nature parks and elephant reserves are being defined. In some areas, there is little capacity left for the growing populations. National Parks, Wildlife Reserves and people living close to the protected forest areas are left with a massive challenge to find a solution that suits all parties, of whom one happens to be the biggest land animal in Asia.

We are currently looking for individuals and companies to co-operate with our Elephant Conservation Project through corporate sponsorship. Together we can help to conserve the wild populations by helping the National Parks and Wildlife Reserves with their continuous efforts in reducing the human-elephant conflicts. Possible projects include donating material and funds for salt licks, drinking and bathing ponds, grass planting, bee hive fences, electric fences and other kinds of barriers. The hard-working rangers are also lacking equipment such as hammocks, flash lights and binoculars, as well as food supplies for their long nature park patrol treks. Please contact us at [email protected] to discuss the options! 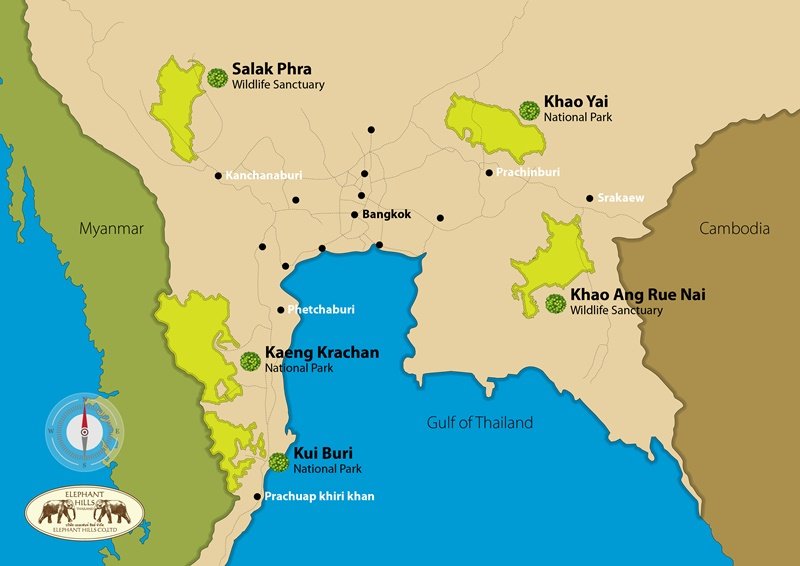 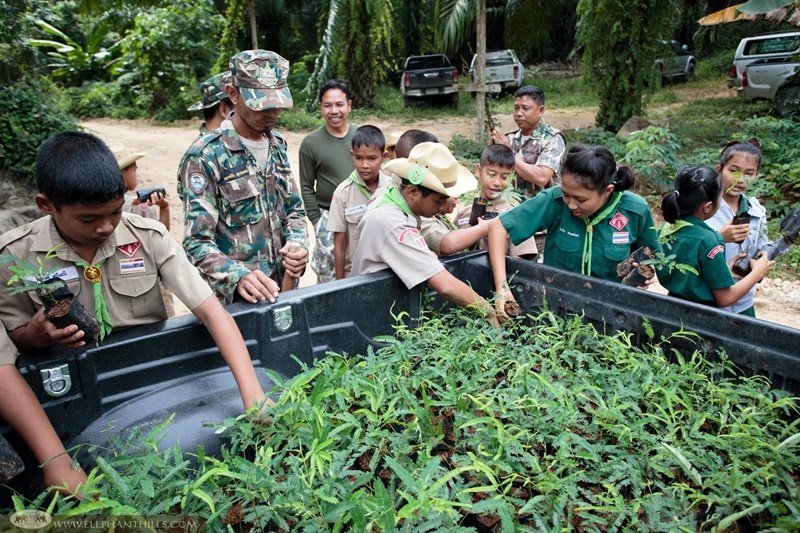 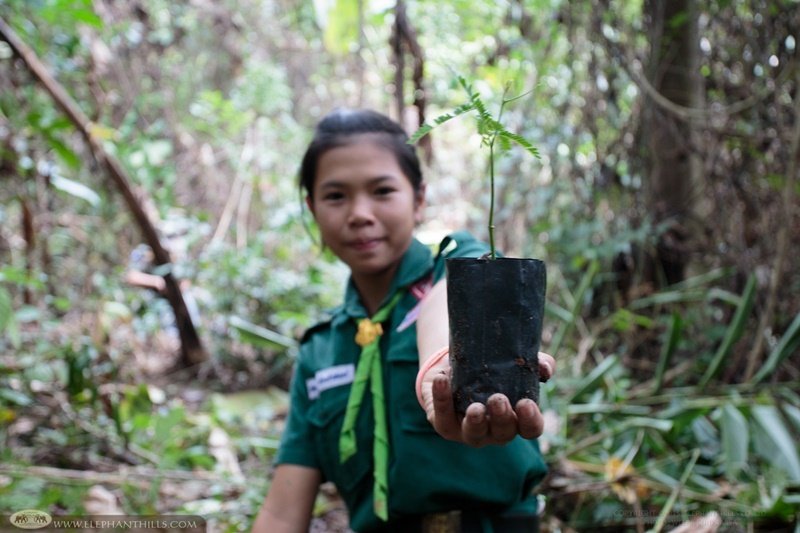 It first started with a single elephant roaming in nearby plantations, eating the villagers’ crops. As often happens in areas with human-elephant conflict, more elephants started to forage in the plantations, seeking food. Today as many as ten elephants come out to human settlements regularly. One male has even made it all the way the local school, situated about 2km from the National Park border. This of course has raised many safety concerns in the local community.

We have visited many areas struggling with human-elephant conflict in Thailand, and although the situation wasn’t as alarming as in many other areas, we knew that over the coming years it could turn much worse. In Kaeng Krung National Park the number of wild elephants was also increasing, but their habitat wasn’t getting any bigger.

Together with the National Park we came up with a plan to plant trees to increase food supply of the wild elephants, trying to eliminate the need to seek food outside the forest borders. We were also looking into ways to offset carbon emissions caused by our international marketing flights. What would be a better way to do this while at the same time helping the wild elephants and the local community!

Read more about the tree-planting project 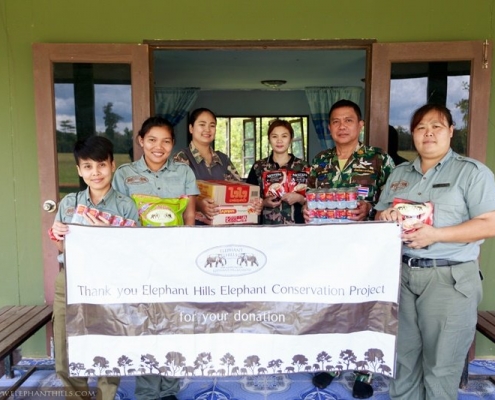 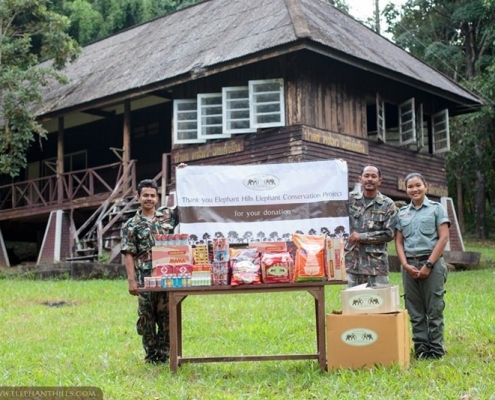 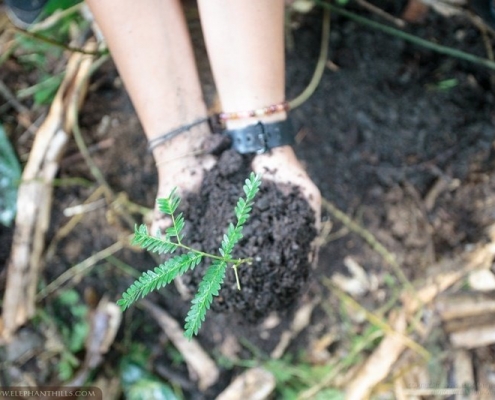 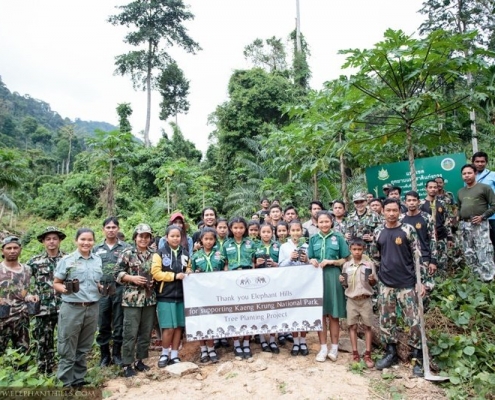 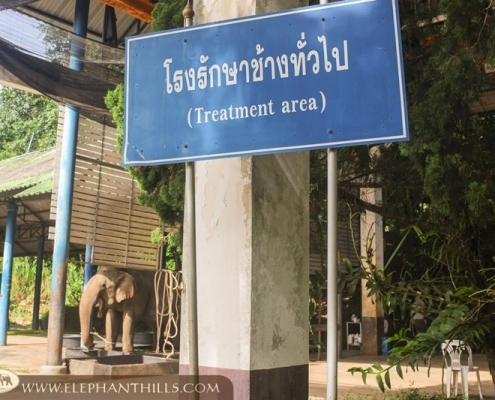 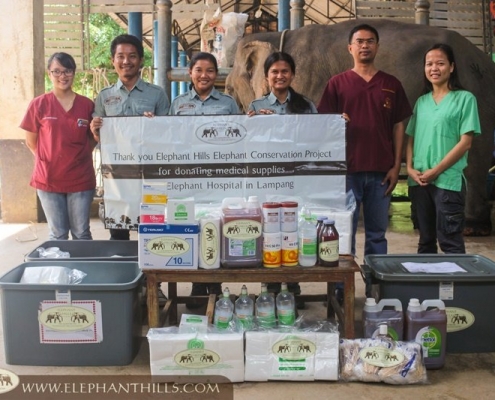 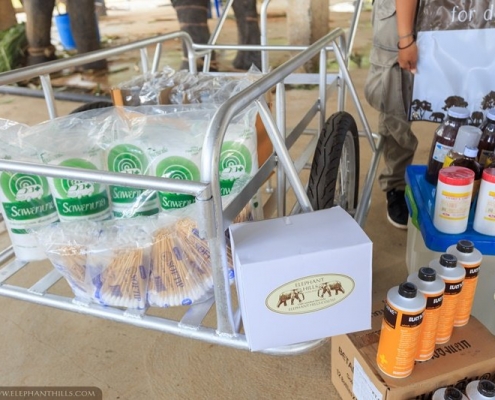 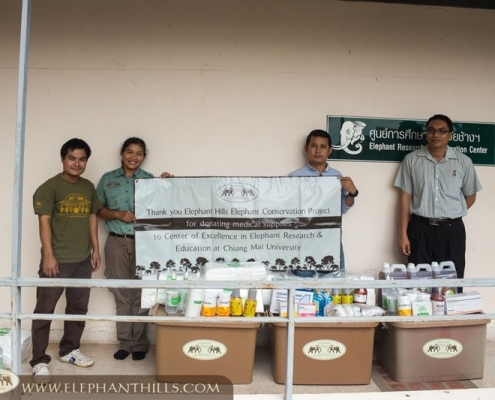 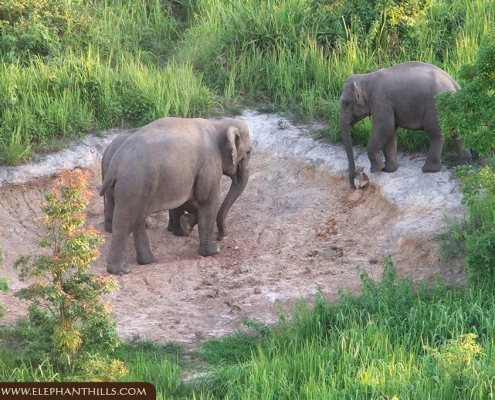 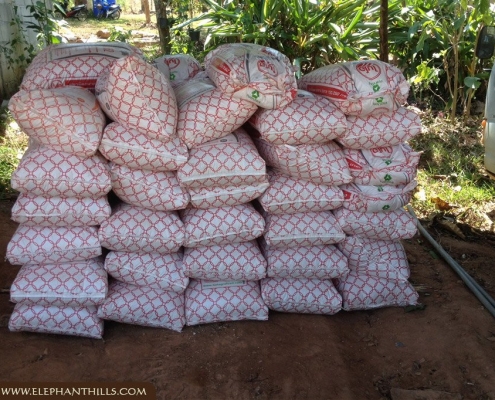 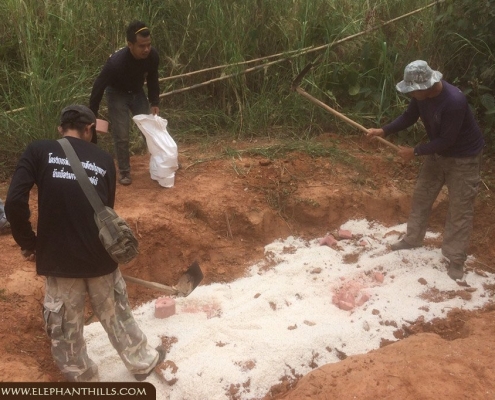 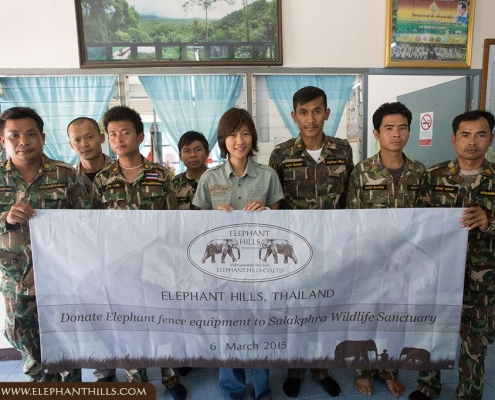 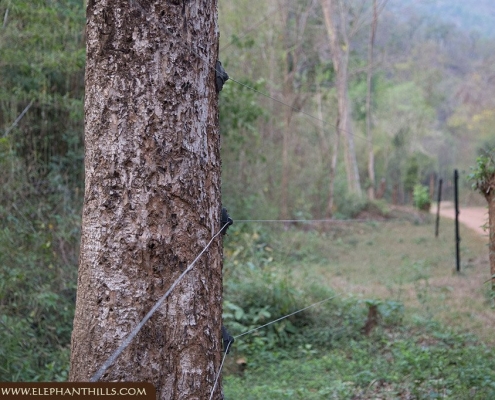 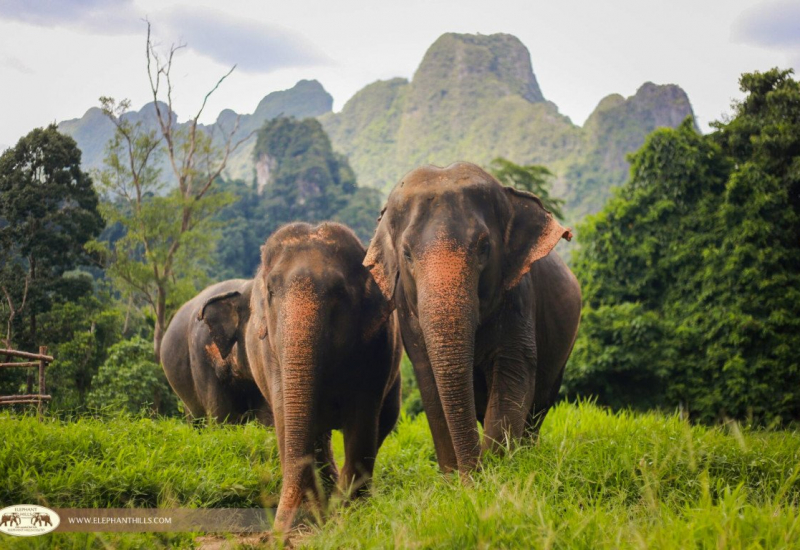 Book a tour at Elephant Hills with just a 20% fully refundable deposit!

Book WIth Only 20% Deposit! 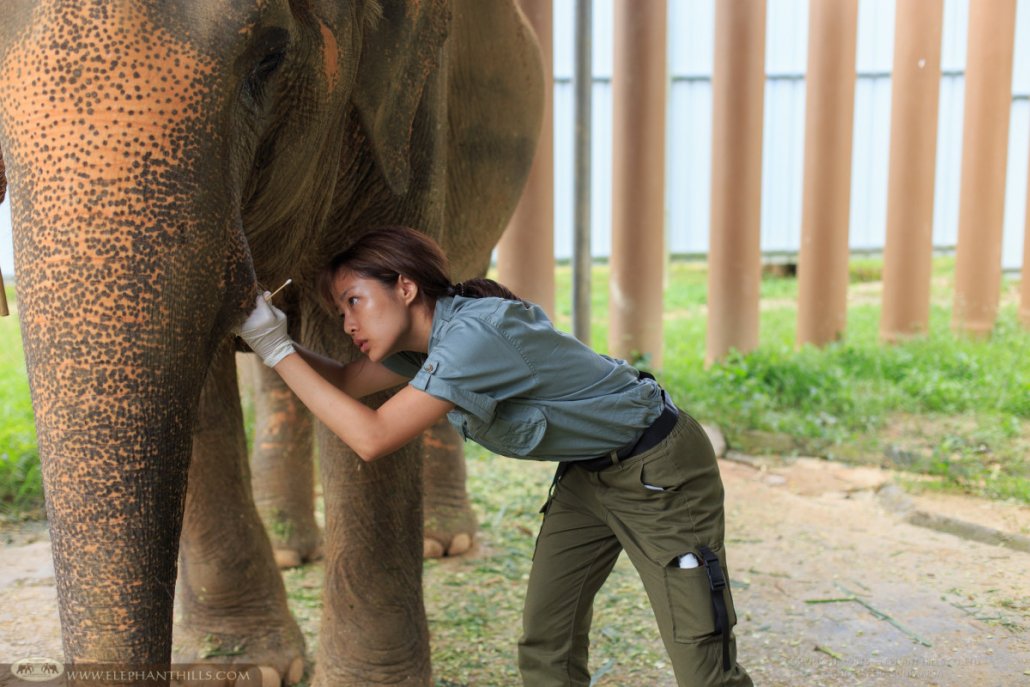 Please donate to help our elephants during the pandemic.

It would mean the world to us if you could donate to help our Elephants.

Book a tour at Elephant Hills with just a 20% fully refundable deposit! The rest of the tour price can be paid anytime up until 7 days before the tour departure!

Check out all our tours here