Our Elephant Conservation Project aims to help Thailand’s elephants, both domestic and wild populations. We work hard to provide the best possible living conditions to the elephants in our care, but unfortunately not all elephants in Thailand are as lucky as ours. With our company revenue and donations received from our elephant-loving guests, we support Thailand’s government run elephant hospitals, as well as National Parks and Wildlife Sanctuaries struggling with human-elephant conflict. 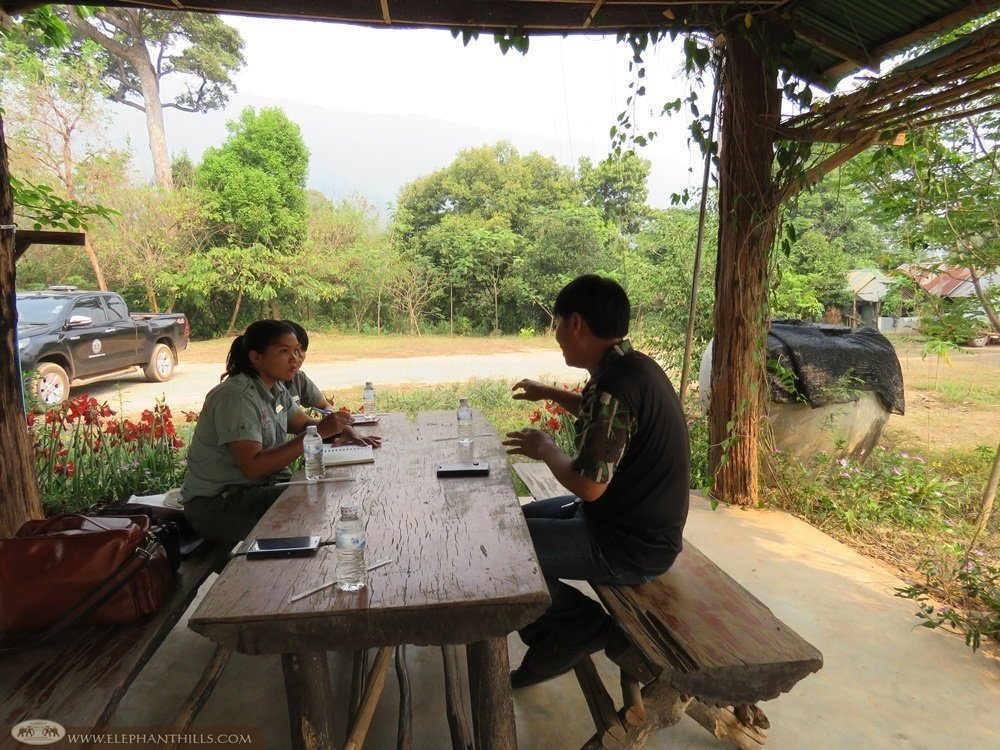 Mr. Watchara, the head of the project provided plenty of information on the human-elephant conflict and history of the area

Since sponsoring salt licks to aid the wild elephants in Phu Luang Wildlife Sanctuary in Loei Province in early 2017, we have been wanting to see the area and the wonderful team in person. This time we finally got a chance to visit this beautiful wildlife sanctuary. We also had a proper chat with Mr. Watchara, the head of the Royal-initiated Phu Luang Wild Elephant Food Plant Rehabilitation Project. 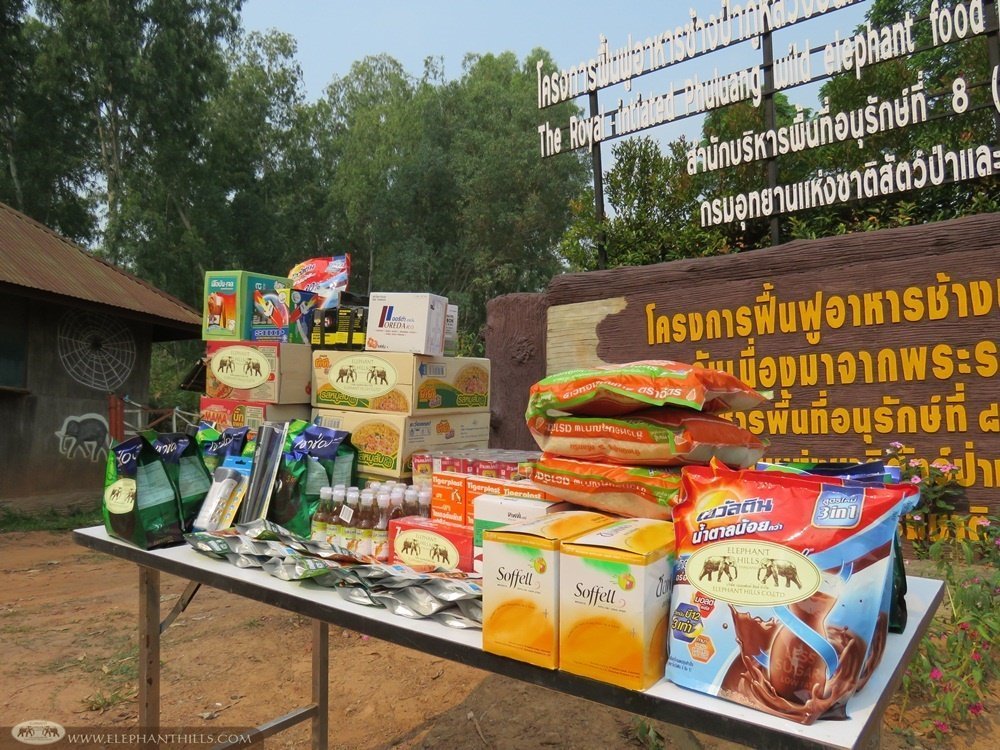 We were thrilled to hear that the salt licks we donated a couple of years ago were a success and are still frequented by wild elephants. Of course, we didn’t go empty-handed, and brought dried food, medical supplies and other equipment frequently used by the rangers during their long patrol treks in the forest.

Her Majesty Queen Sirikit visited Phu Luang Wildlife Sanctuary in 1999, and she was informed by the locals that there had been some issues with wild elephants. To help to solve the conflicts and reduce poaching, Phu Luang Wild Elephant Food Plant Rehabilitation Project was founded in 2000.  The head of the project informed us that the wild elephant population in the sanctuary has been increasing rapidly over the past 20 years:

As with other areas in Thailand suffering from human-elephant conflict, the forests here are not getting any bigger. Due to the lack of living space, the elephants start to find their ways to human settlements. For instance, before the elephants in Phu Luang wandered out of the forest in singles or small groups. However, nowadays as many as 50 elephants may come out at the same time. According to Mr. Watchara, the elephants’ behavior has changed over the years and they are less and less afraid of people.

Spreading awareness and tackling the conflict

Phu Luang Wild Elephant Food Plant Rehabilitation Project is working hard trying to spread awareness and create understanding within the local communities. This project is a model example of good wild elephant management. Hence, some other organizations struggling with similar issues come to learn from them.

At Phu Luang they have a 17-kilometer long solar powered electric fence, which although requires a lot of maintenance, has proved very useful. In addition, they are running successful salt lick and beehive fence projects. 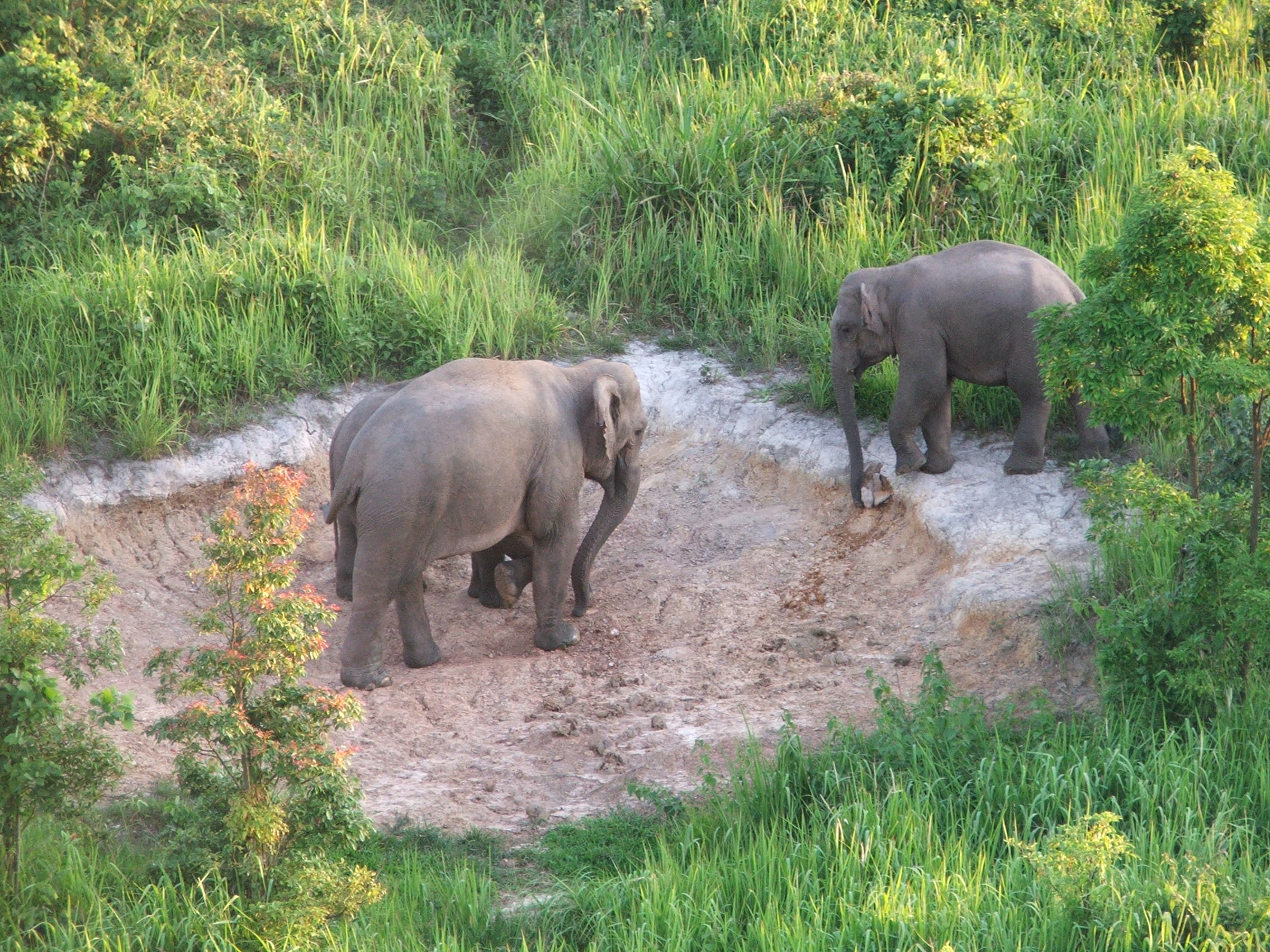 The steadily increasing wild elephant numbers guarantee that the work is far from over. The sanctuary officers get regular reports of damage caused by the wild elephants. Moreover, they are often called to drive a herd away from the locals’ plantations or housing areas. Despite all the hard work, sadly, fatalities also occur yearly on both sides.

In addition to maintaining their several on-going projects, the future plans include digging drinking and swimming areas in the forest. According to the head of the project, the elephants in Phu Luang forests are lacking water especially during the dry season, which can cause them to seek it outside the sanctuary borders. 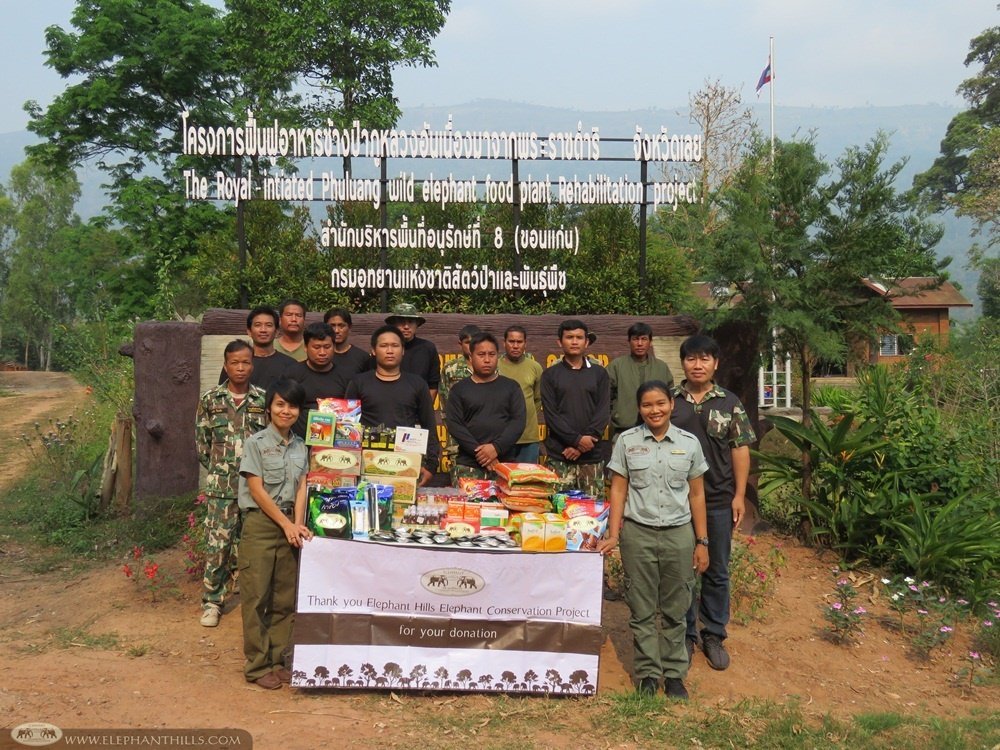 The hard-working team of rangers, lead by Mr. Watchara gathered to accept our donation

To support the areas most affected by human-elephant conflicts, such as Phu Luang Wildlife Sanctuary, we are currently looking for companies to co-operate with our Elephant Conservation Project through corporate sponsorship. Please contact us if your company would be interested in aiding the wild elephants in Thailand.

An overnight donation trip on top of a mountain