Khao Ang Rue Nai wildlife sanctuary in Chachoengsao Province is a home to wild elephants and other wildlife. The protected forest area comprises 1029km2 and the wild elephant population is in the rise.

The latest count from a few years ago was 277 elephants, and a new counting project is planned for this year. Over the recent years, the population has been expanding with an annual growth rate of 10%. Consequently, an increasing number of elephants wander off to human settlements and plantations. 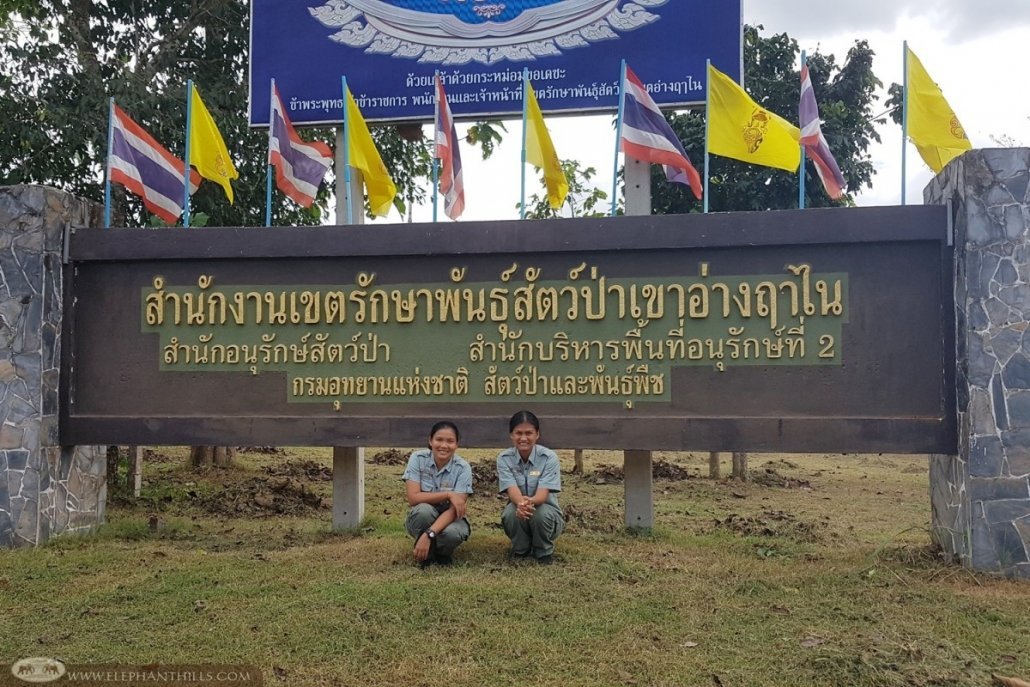 The wildlife sanctuary is running several projects as a means of lessening human-elephant conflict. Many of these efforts aim to boost the sources of water, food and nutrients in the forest. Hence, making it unnecessary for the elephants to seek these outside the sanctuary boundaries.

One of the methods is ensuring that the elephants and other wildlife get essential mineral nutrients from the soil. To accomplish this, the sanctuary officers prepare artificial salt licks deep in the forest. Our Elephant Conservation Project team recently visited the sanctuary again, donating three salt licks as well as food and medical supplies for the rangers. 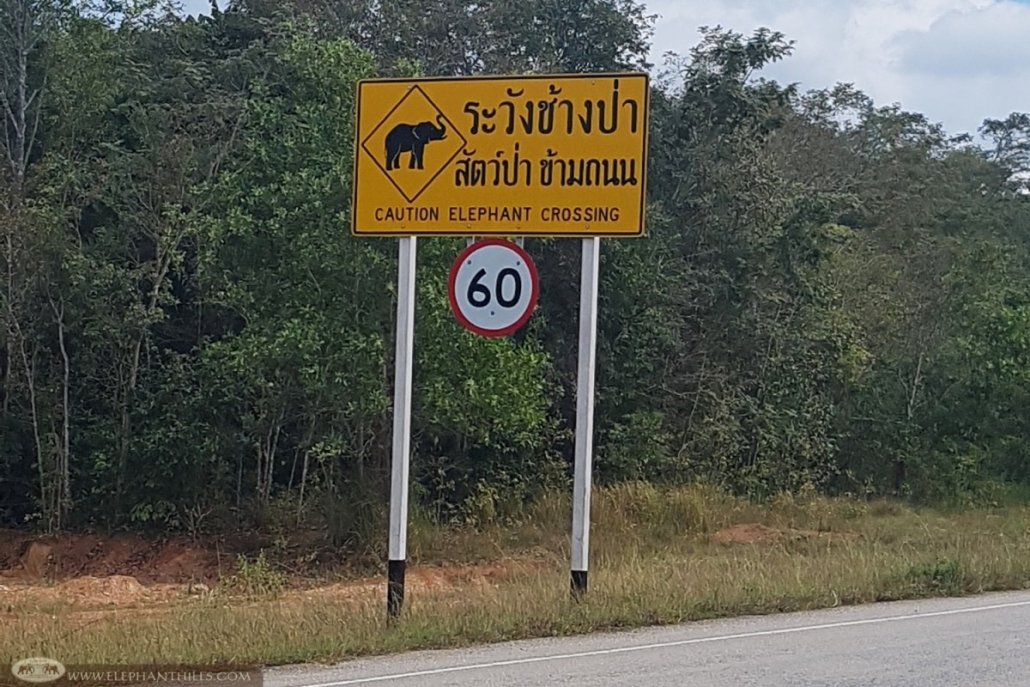 During our previous visit here, we learnt about the difficult situation the sanctuary staff, local people and the elephants are facing. Based on the number of conflict situations, Khao Ang Rue Nai is likely to be the most problematic area in the country.

The wildlife sanctuary rangers and local volunteer groups do their best trying to fend off the elephants with appropriate, safe methods. Responding to the many sightings and alerts by the locals is hard and stressful work. In fact, occasionally it can be outright dangerous. 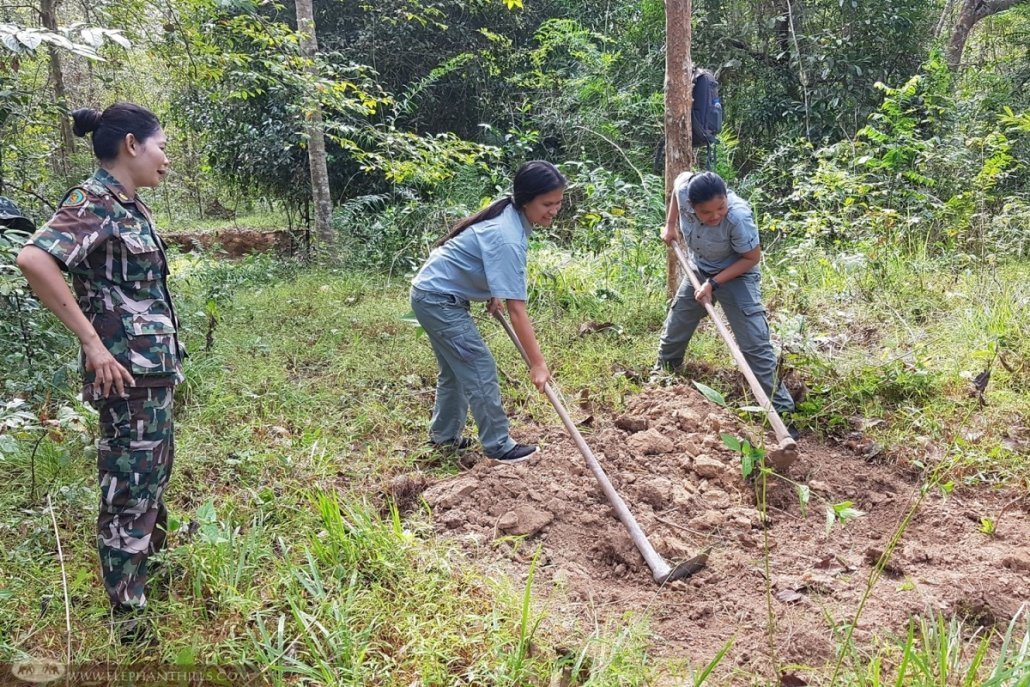 Preparing the salt lick was rather hard work, and we took turns in digging the soil 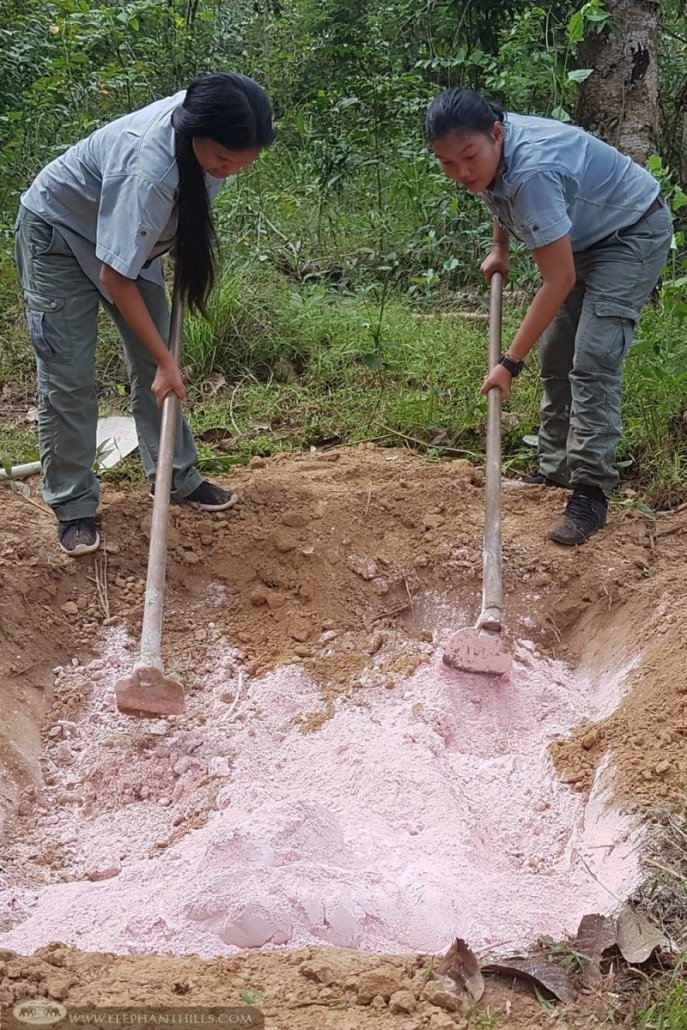 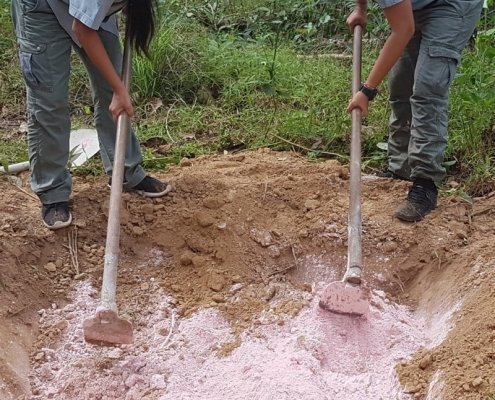 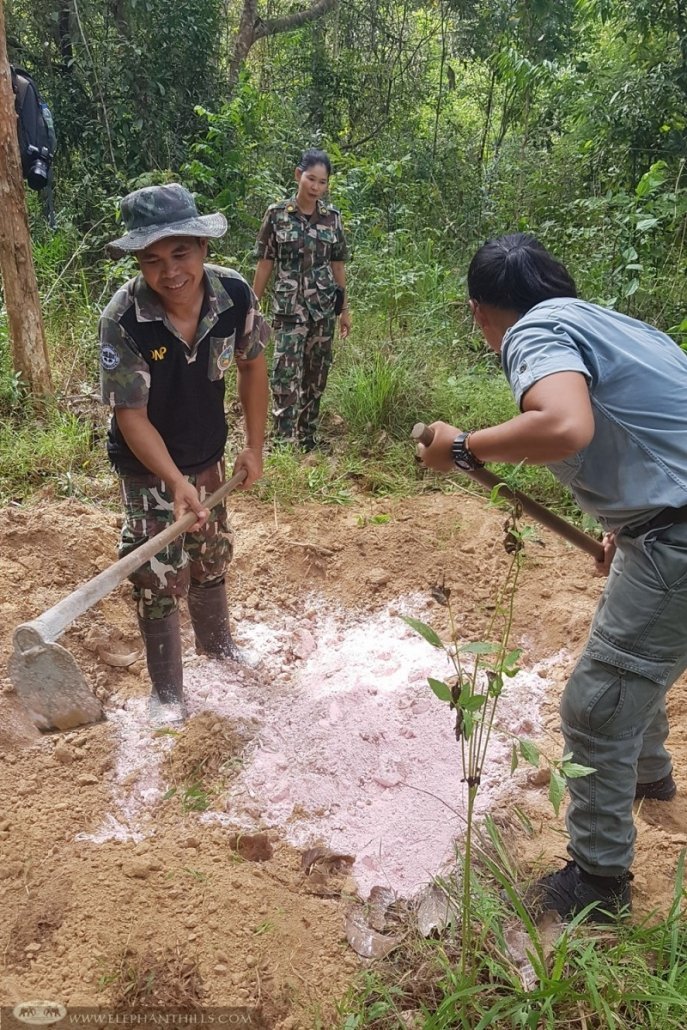 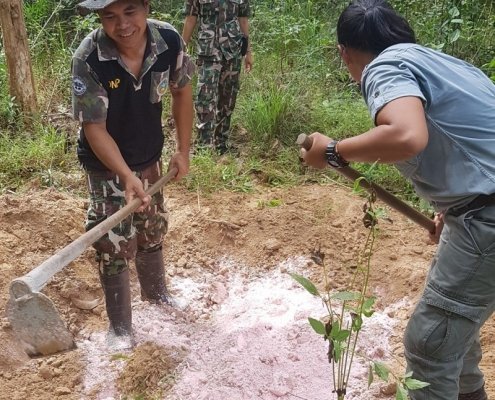 Our team headed deep in the forest behind the wildlife sanctuary headquarters, an area frequented by wild elephants. We are fans of a good hands-on approach and therefore volunteered to build a salt lick with the sanctuary officers. Taking turns, we spent a couple of hours first digging the ground to create a large half-a-meter-deep pit, followed by pouring in the mixture of essential minerals. At the end we covered the pit with the soil again, simultaneously mixing the minerals into the soil. 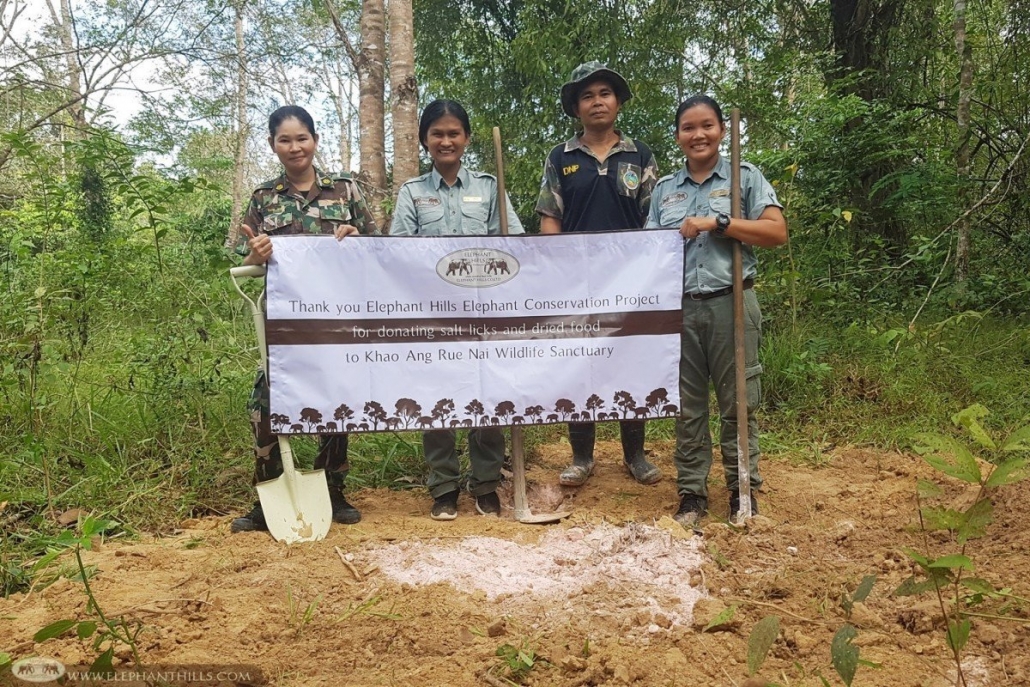 The artificial salt licks have proved effective in this area. As a result of having a relatively busy road cutting through the protected forest area, elephants and wildlife often face a risk of being hit by a car in search of food and nutrients. Hence, sufficient amounts of minerals in the soil at various locations help to reduce the need for road crossings which are unsafe for both humans and animals. Alongside with other initiatives overseen by the sanctuary, the salt licks also help to sustain the ever-increasing wild elephant population. 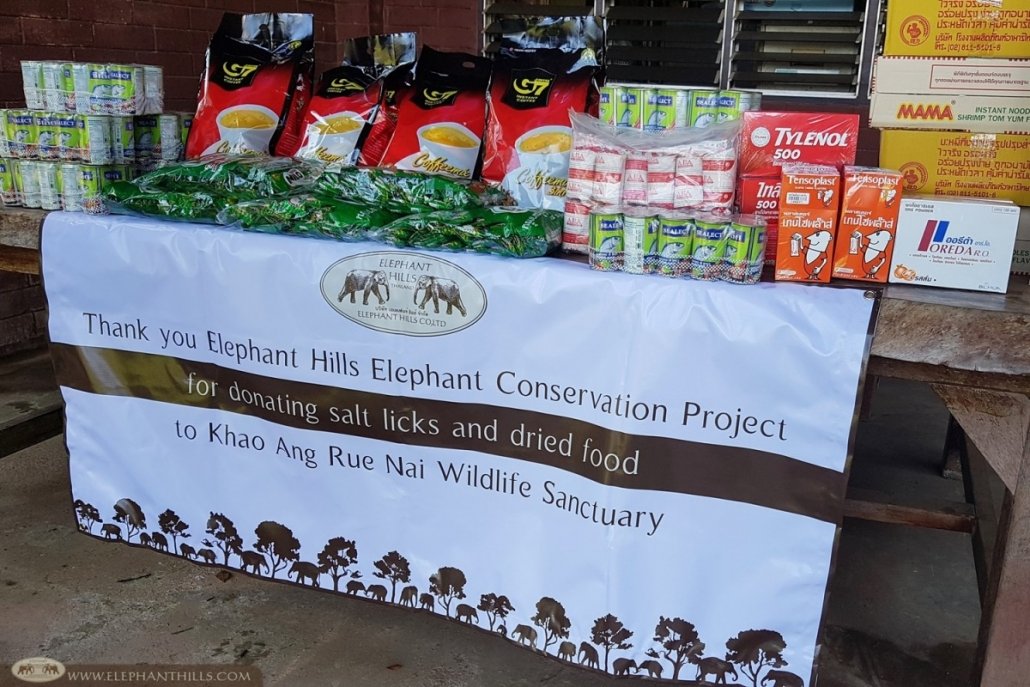 To support the areas most affected by human-elephant conflicts, such as Khao Ang Rue Nai Wildlife Sanctuary, we are currently looking for companies to co-operate with our Elephant Conservation Project through corporate sponsorship. Please contact us at projects@elephanthills.com if your company would be interested in aiding the wild elephants in Thailand.

Pangolin and other rare species on camera trap