As the very first National Park established in Thailand, Khao Yai is one of the most well-known tourist attractions in the country, amongst Thais and foreigners alike. It was proclaimed a UNESCO World Heritage site in 2005. This area is often mentioned in the media due to numerous wild elephant sightings, which is why we visited there during our trip through the areas most affected by human-elephant conflict. 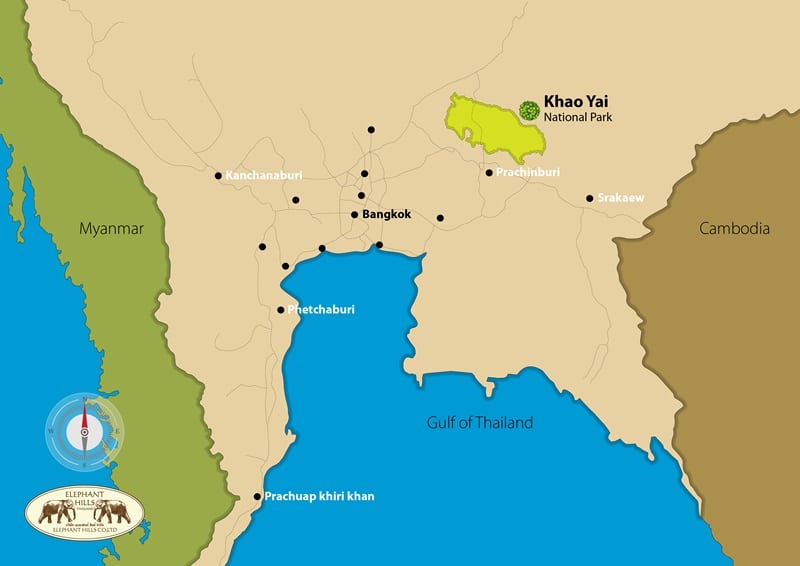 The tropical seasonal forests and grasslands of Khao Yai National Park cover an area of 2,215 km². Over 300 bird species as well as 66 species of mammals have been recorded, the largest one being Asian Elephant. The number of wild elephants has not been counted, but the National Park representative estimated the number to be around 300-400 individuals. When arriving to the parking area of the headquarters, we could instantly see the abundance of wildlife as we spotted a barking deer and sambar deer foraging just a few feet away from our car. 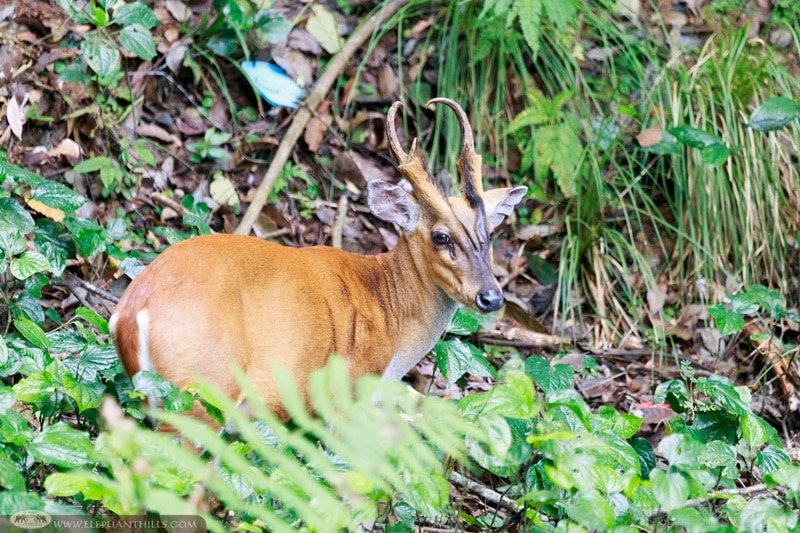 The issues involving wild elephants here are mainly related to heavy traffic on the road winding through the forest, rather than elephants trespassing on locals’ plantations. The road leading directly through the dense forests was cut in the late 50’s, before the National Park was established in 1962. The tremendous growth in tourism has massively increased the traffic, and nowadays the National Park officers are dealing with accidents involving elephants or other wildlife almost every day. As we all know, elephants are highly intelligent, and some have even learnt how to stop trucks transporting vegetables or fruits. In these cases, the driver can only wait and watch an elephant eating a large part of the load. 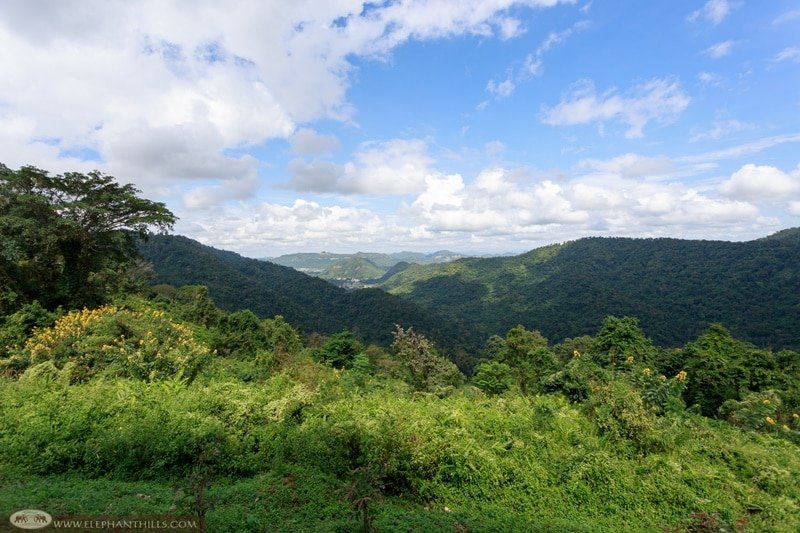 In Khao Yai National Park the conflict situation is very different compared to other areas in Thailand. The elephants are following their usual paths in the forest in search of food, and for some of them this evidently means crossing the busy road from time to time. Blocking these natural corridors by putting up a barrier or an electric fence along the entire road is not possible, as it would completely split the wildlife habitat in two. 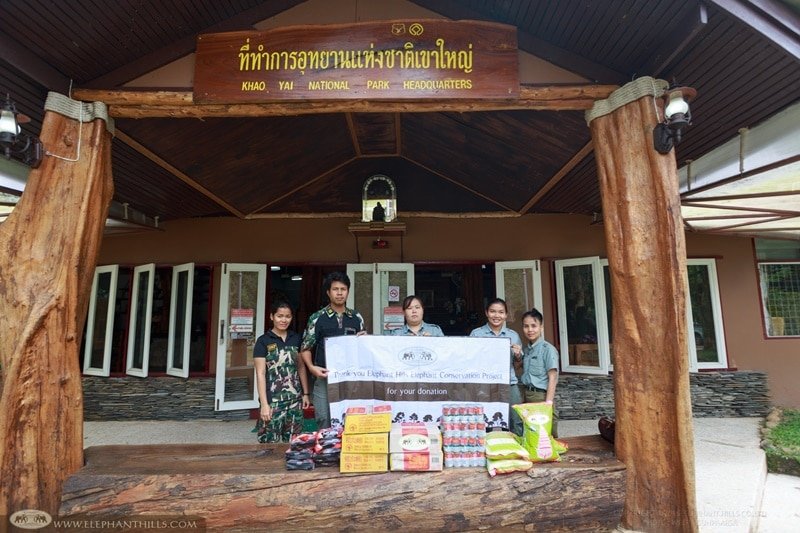 Although the National Park is running several projects, such as building salt licks to ensure sufficient salt and mineral supply for the wild elephants, the main focus is on education. The park officers are working together with local communities and visitors to increase awareness and maximize road safety. To support the hard-working park rangers, Elephant Hills Elephant Conservation Project donated rice and canned food for the patrol treks. 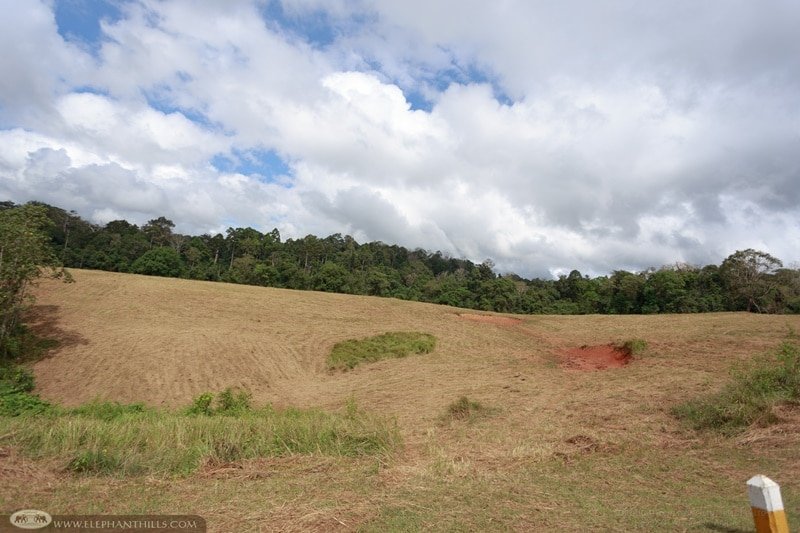 Within our Elephant Conservation Project, we support Thai elephants, both wild and captive populations. Read more on some of the latest activities and please contact us if you or your company would like to join our efforts improving the welfare and conservation of these magnificent animals.