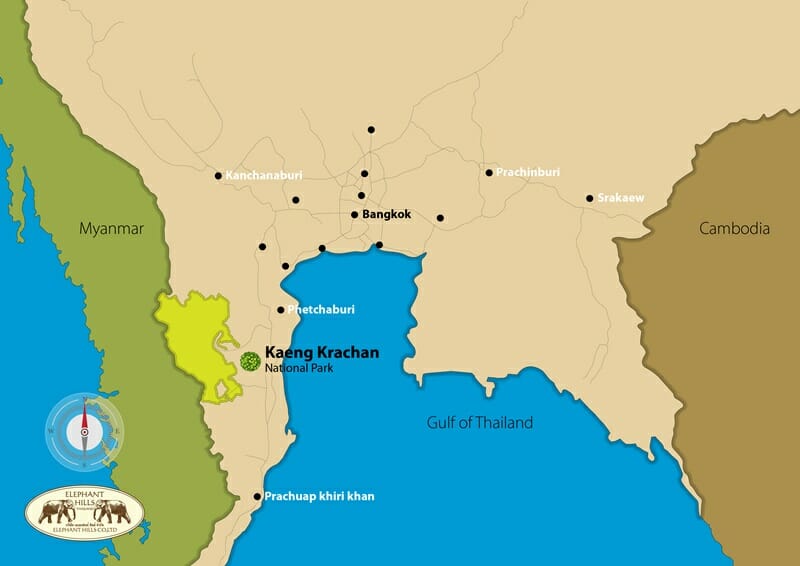 Whereas our elephants at Elephant Hills are happy and content, unfortunately this is not the case with all the elephants in Thailand. Our Elephant Conservation Project supports the welfare of domestic Thai elephants by regular donations to the government run elephant hospitals. We also want to do our share in improving the situation of the wild Asian Elephants. Our team recently took to the road and drove through the country to gather more information on human-elephant conflict. One of the areas most affected by this conflict is Kaeng Krachan National Park, located South-West from Bangkok close to the Thai-Myanmar border. 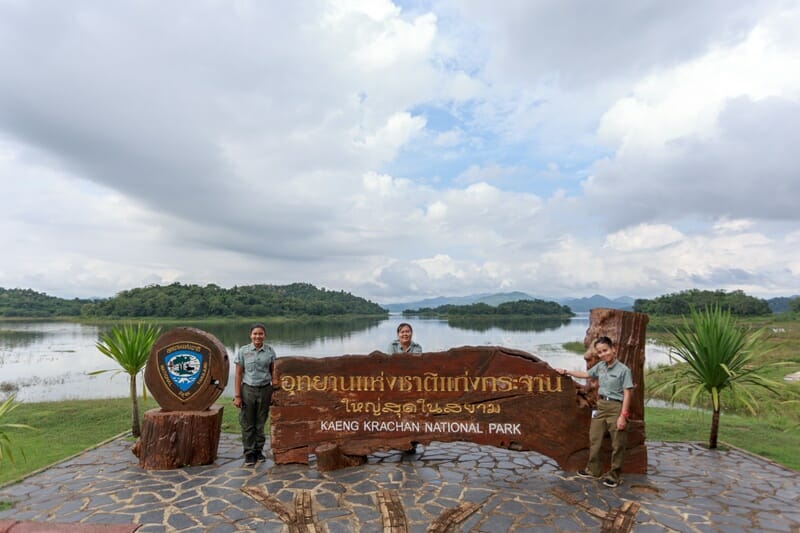 Thailand’s largest National Park by area, Kaeng Krachan was established in 1981. Spreading over two provinces, Phetchaburi and Prachuap Khiri Khan, the forests of Kaeng Krachan are home to nearly 60 species of mammals and over 400 bird species. The number of wild elephants has yet to be determined, but it seems to be on a steady rise. We had a chance to discuss with the head of national park, who provided very interesting information on the past and current situation with the human-elephant conflict. 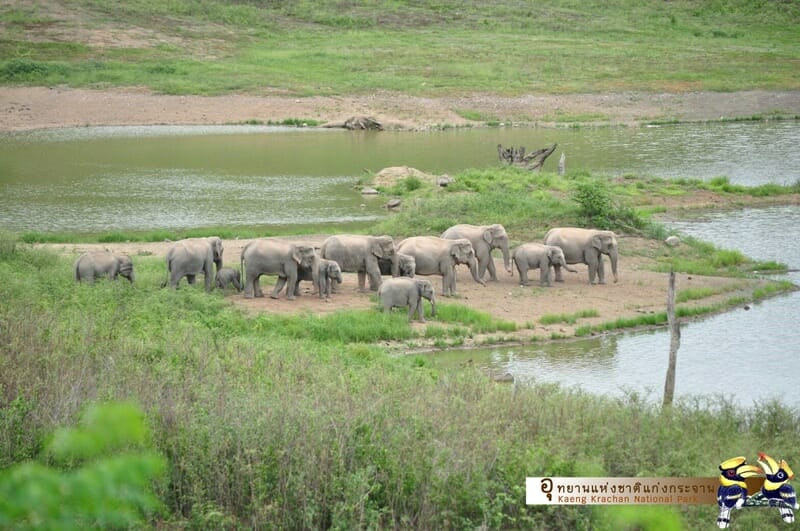 In the past, there used to be quite a lot of poaching in the area. Elephants were hunted for their babies and ivory, and other wildlife mainly for food. Elephants started to find their way to the local farmers’ fruit and vegetable plantations in large numbers, and local people were struggling to fend them off. The elephants caused a lot of damage to the plantations and other property, even bodily injuries to the locals. Some people used methods harmful for the elephants, such as shooting at them, throwing fire crackers and installing too powerful electric fences. A few years ago, three wild elephants were found electrocuted. 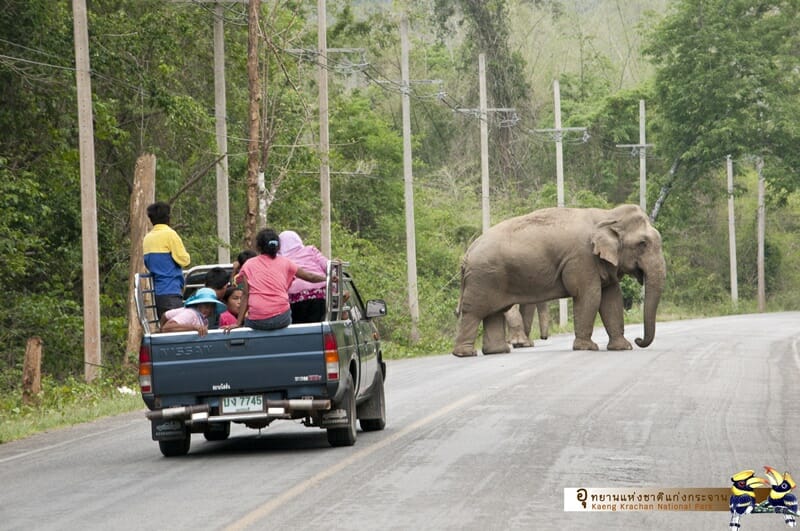 Since then, the situation has improved, and the education provided by the National Park has had a positive impact. The farmers are more aware and more understanding when it comes to fending off the elephants in a safe manner, and there has been a tremendous decline in poaching. However, the conflict situations still arise regularly, since many elephants have gotten used to staying near the human settlements in search of fruits. Especially during the season of durians, the elephants keep close to the plantations and houses or store rooms where the fruits are kept. 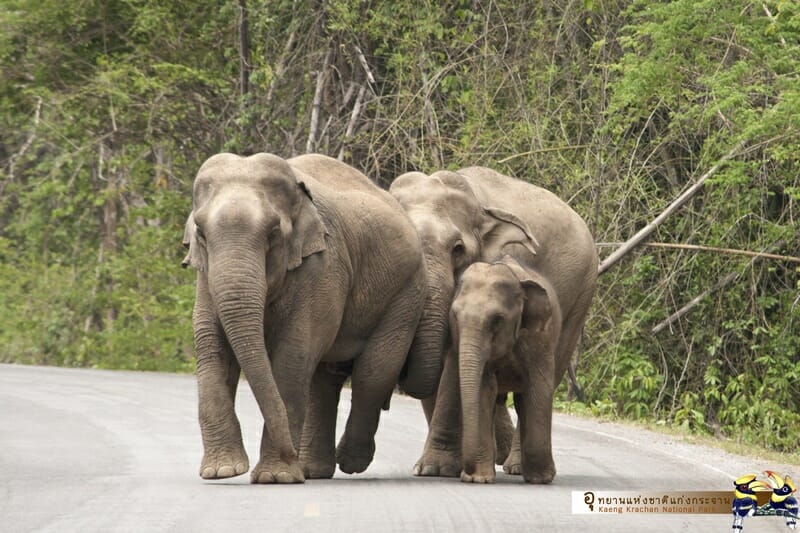 The park officers are working hard to further educate the locals on proper waste food disposal as well as more suitable farming and harvesting methods in order to attract less wild elephants. They also have an active group on a messaging application where locals can share information on wild elephant sightings in real time. The National Park marks all sightings and possible damage done by the elephants on a map and based on these findings they assess the need of barriers and other means of keeping the elephants at bay. Kaeng Krachan National Park is also working closely together with a neighboring Kui Buri National Park to find solutions to the conflicts. 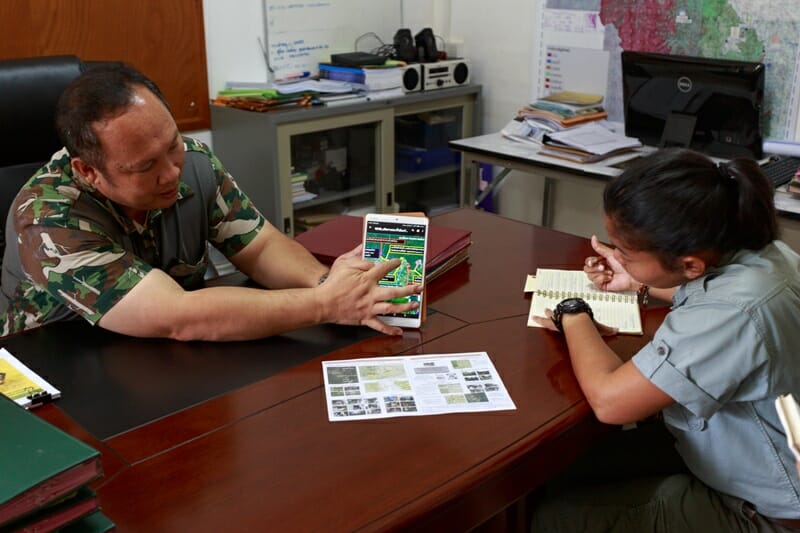 Examining the map showing the areas with most wild elephant sightings

Upcoming projects include expanding a barrier made by digging the soil to form a kind of a bunker and adding concrete poles to the borders of the National Park, building salt licks and drinking areas in the forest, and planting grass for food supply. A large number of rangers work tirelessly in the conflict areas, and a container for resting, as well as equipment and food are desperately needed. Elephant Hills Elephant Conservation Project donated rice and canned food to aid the National Park. 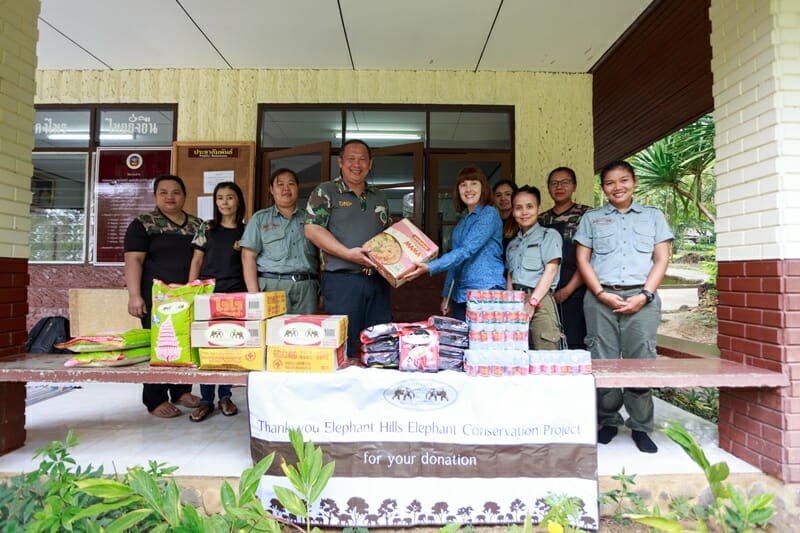 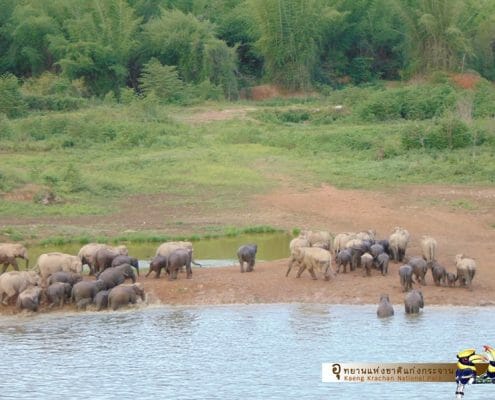 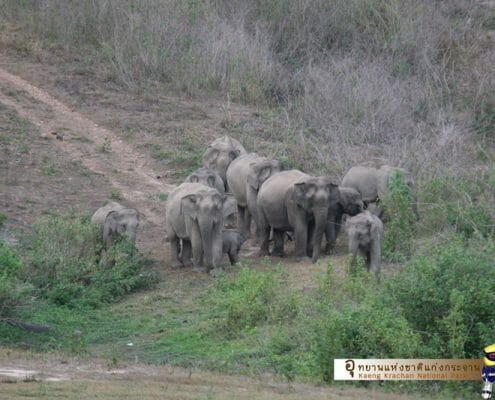 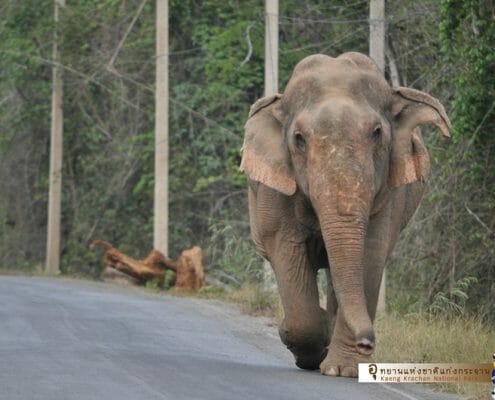 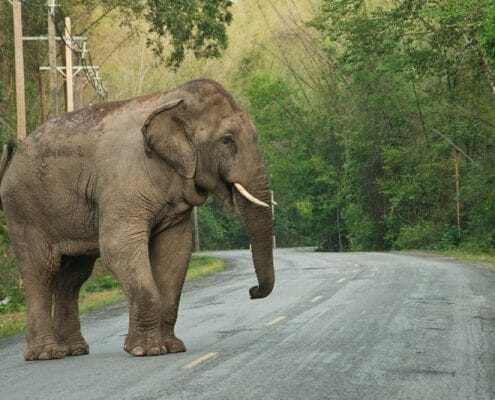 To support the areas most affected by human-elephant conflicts, we are currently looking for companies to co-operate with our Elephant Conservation Project through corporate sponsorship. Please contact us if your company would be interested in aiding the wild elephants in Thailand.

Wide smiles and sheer joy in the rain

Fea’s Muntjac and plenty of other wildlife right in front of our camera...
Scroll to top