The past couple of trips to retrieve memory cards from the motion triggered camera traps placed deep in the jungle close to our Rainforest Camp brought us plenty of wonderful elephant footage, including both male and female herds. This time, however, we had left the camera traps to record for a slightly longer time, in the hopes of getting more footage of wild cats. The wild cats are very sensitive to new smells and can be rather cautious if they sense any signs of human presence, so we wanted to give it a bit more time. 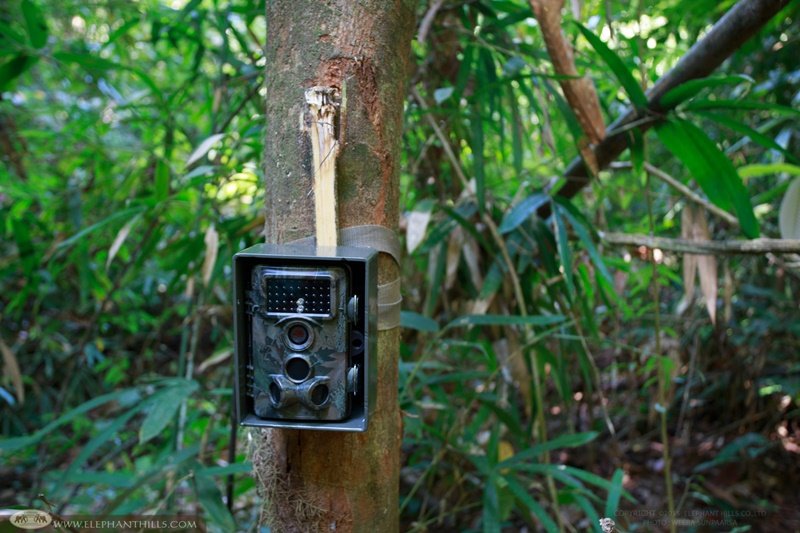 We are currently experimenting with tailor-made, strong metal cases to protect the cameras from wild elephants. Unfortunately the front can’t be even partly covered as it might block the sensor, the light or the lens

Our Wildlife Monitoring Project team was lucky with the weather when we set out for the 7-hour trek to check all 7 camera traps located deep in the forest in Bang Chong channel. With clear skies and no rain in sight, we hopped on a boat at our Rainforest Camp at Cheow Larn Lake and chatted with the accompanying ranger about his recent sightings during patrol treks. Unlike last time, he was more at ease when it came to a probability of an encounter with wild elephants. It seemed that during the past couple of months most of the wild elephants had moved further away from the Bang Chong channel, which – as much as we love elephants – was a relief to hear. 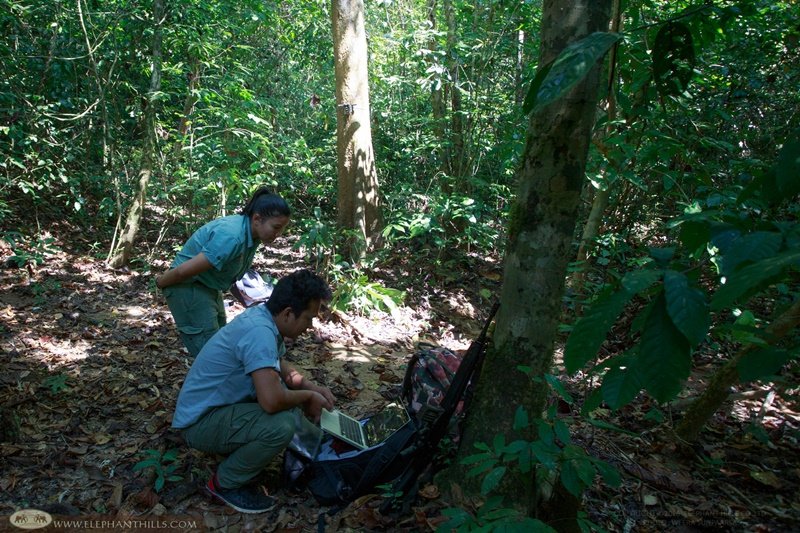 The paths were covered with leaves and other plant debris, so we couldn’t spot much of the smaller animal foot prints. However, we did spot some elephant and gaur foot prints, and – for the very first time – some tapir foot prints! Among our interesting findings were also feces of a wild cat, containing fur, most likely that of wild boar. This made us very excited as it indicated that large wild cats had been roaming in the area! 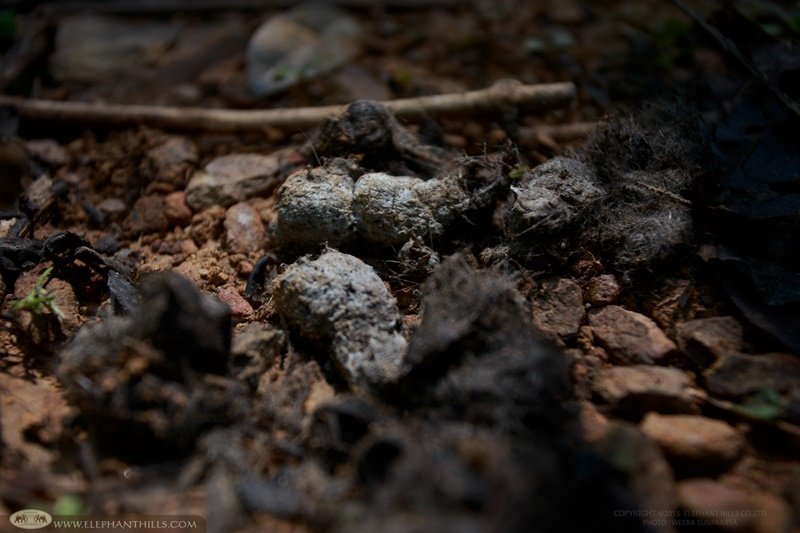 We are proud to present this footage with the amazing Asian Golden Cat yawning widely right in front of our camera, as well as a rather large Clouded Leopard drinking from a puddle. The first wild cat appearing on the video at 0:11 initially gave us high hopes of having captured a young Black Leopard, but further investigation and consulting the local research center confirmed that it’s a black Asian Golden Cat.

In addition to the magnificent wild cats, we spotted plenty of other interesting wildlife roaming in the forest. It appeared that while some of the elephants had moved to another area, there were more gaurs and deer around. Other outstanding clips include a Malayan Tapir, Great Argus, Malayan Sun Bear, Crab-eating Mongoose, just to name a few. And yes, some elephants were spotted too, a family with an adorable baby to be specific 😊 Enjoy!

We are currently looking for partners to co-operate with our Wildlife Monitoring Project through corporate sponsorship. Would you like to donate a camera trap for recording the amazing wildlife in one of the world’s oldest rainforests? Our nature-loving followers would definitely be thrilled to see the footage! 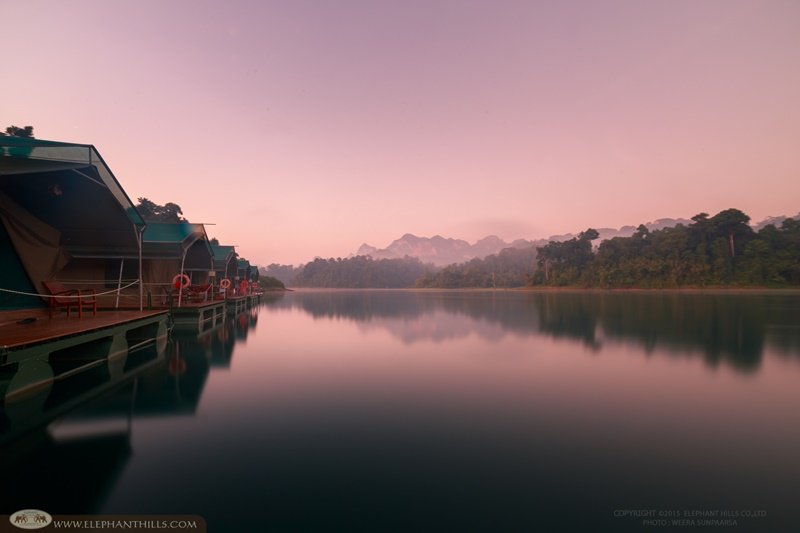 What an amazing place to return to after our long trek!

By gathering information on the flora and fauna in Khao Sok, we believe we can help the National Parks and Wildlife Sanctuaries with their continuous efforts on preserving this unique area. Please contact us at projects@elephanthills.com to discuss how you can participate!