Usually our Wildlife Monitoring Project team would head to the jungle roughly every three months to change memory cards and batteries of our motion triggered camera traps. A few months ago, we had scheduled a camera trap trek with the local wildlife sanctuary ranger. Everything was prepared for the trip and weather conditions seemed to be on our side too, unlike during some of our previous treks.

We were around half way through our usual path from the lake bank to the deepest point where we had the last camera installed, when we started hearing something. Clear sounds of elephants crushing large bamboo trunks were echoing around us. In a distance, we even got a glimpse of an elephant feasting on some fresh bamboo leaves. 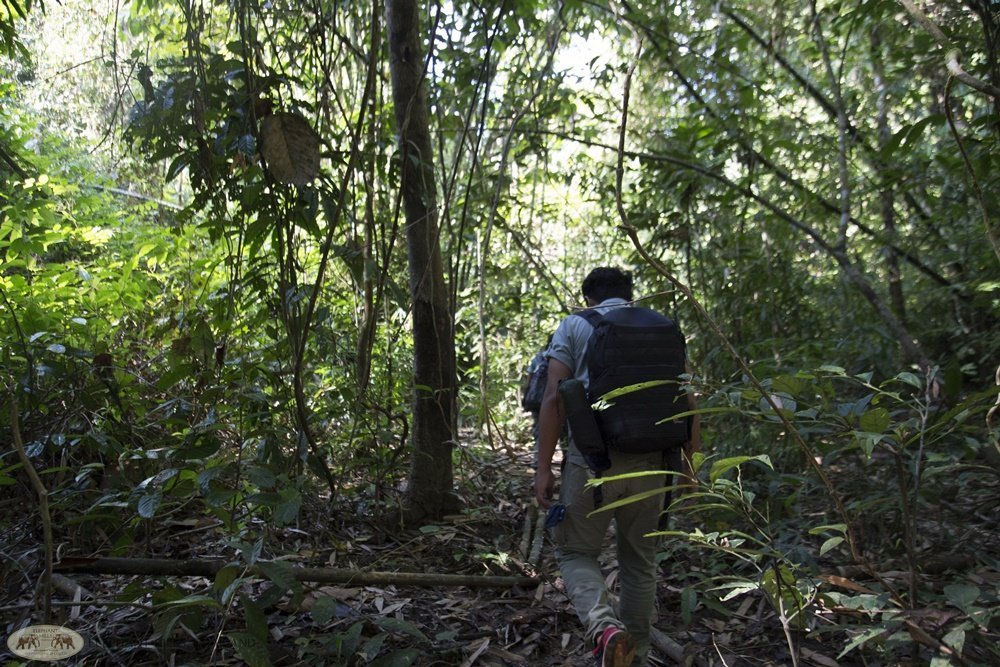 We also heard sounds of baby elephants, and suspected that there was a big herd right across a small dell. Knowing how dangerous it would be to be caught between a ferociously protective female herd and a baby, we were preparing to run. Luckily, although foraging just a hundred meters from us, the herd hadn’t heard or smelled us yet. Hence, we were able to quietly turn back and return to our boat and the Rainforest Camp. 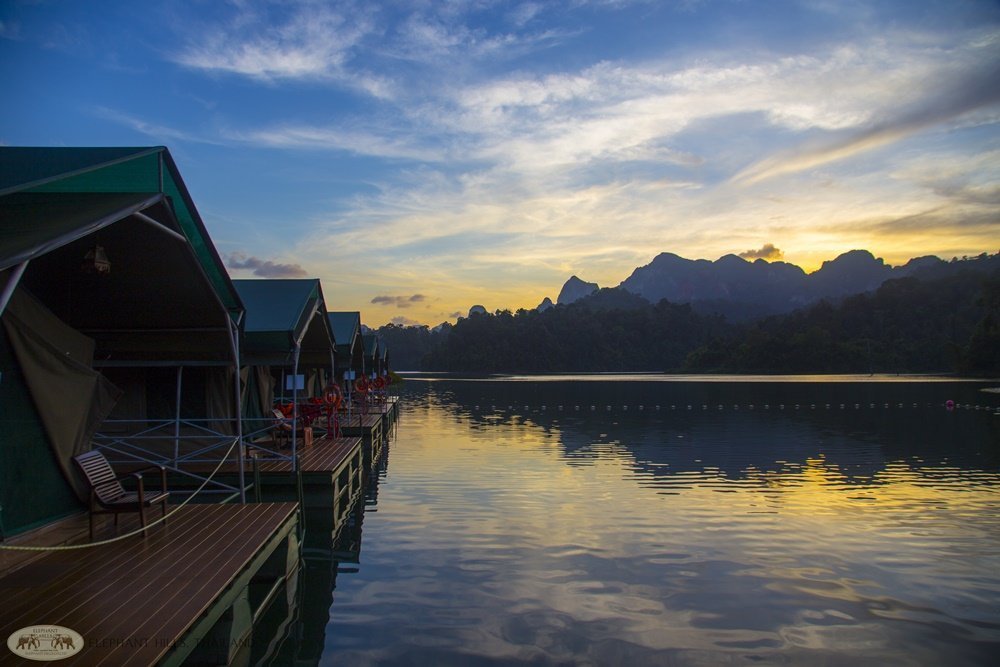 Heading back to the jungle after this incident was pretty exciting, even for our experienced team. We were, however, determined to retrieve the camera trap footage. At this point, the cameras had been in the forest for several months. Consequently, we had no idea what to expect apart from the long-ago finished batteries. Based on our earlier elephant encounter, we were half worried of our cameras’ condition, half excited for the possible great elephant footage. 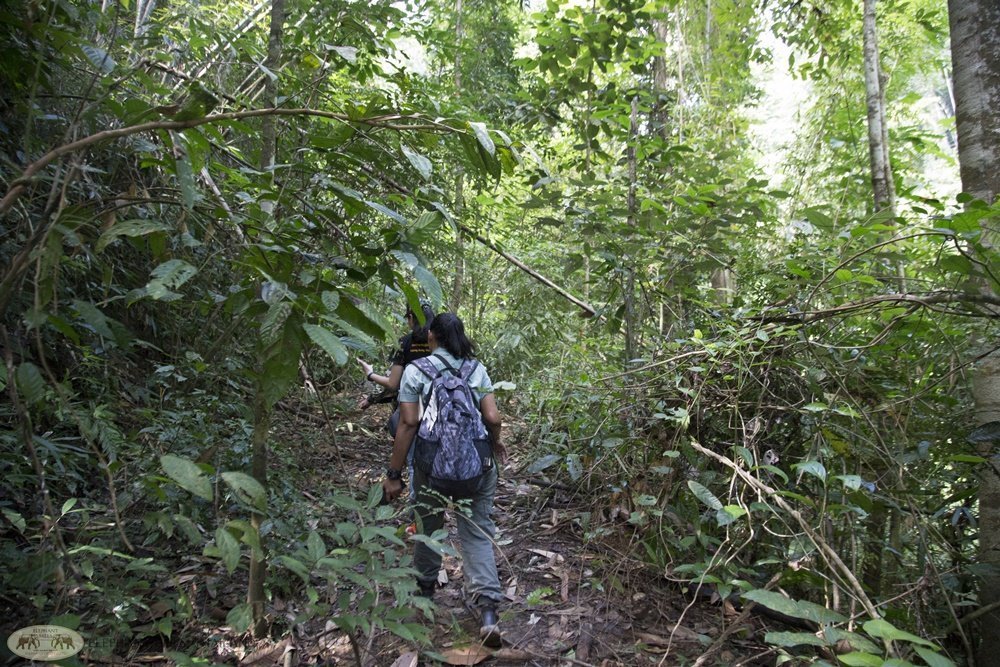 When entering the jungle, we spotted some gaur, deer and elephant footprints, as well as some old elephant dung. Over the years of working on our camera trap project, we have seen a lot of wild elephant footprints. These ones, however, were by far the biggest ones we had ever seen. A set of footprints measured 48 cm in diameter, which is a lot even with possible alteration due to weather conditions. 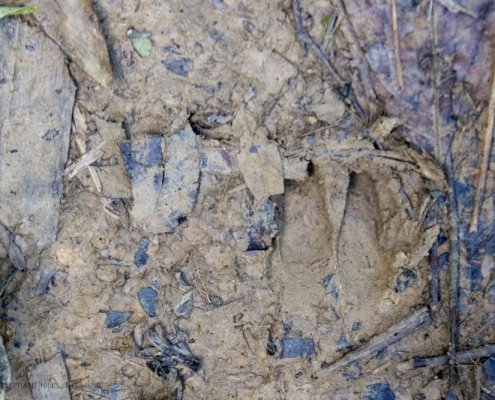 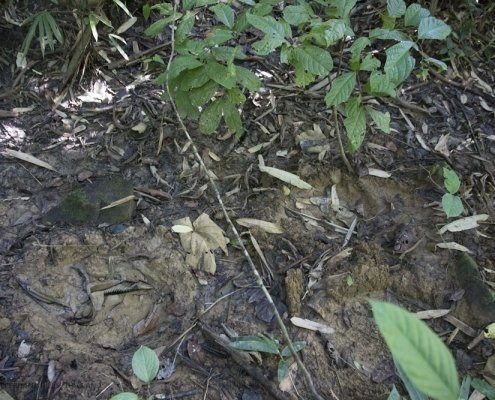 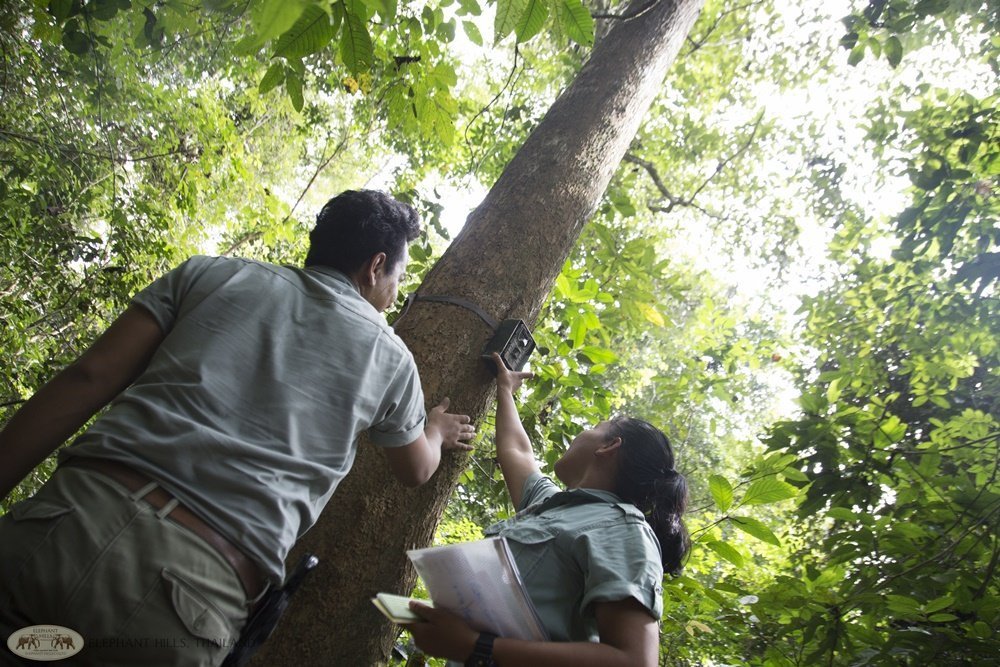 We had six cameras recording in the forest, and this time were able to reach all of them without bumping into more elephants or other wildlife. To our disappointment, two cameras were destroyed by humidity, and another two by wildlife. Of the remaining two cameras only one had been recording, so we returned from the jungle with only one memory card full of footage. This camera happened to be the one with a bear-proof case, donated by our guest!

Fortunately, after losing most of our camera traps during the monsoon season, we were well prepared for this trip with three brand new cameras. Despite the recent obstacles with the project, we were able to leave five cameras recording the fascinating wildlife of Khao Sok National Park. Even though only one camera was recording this time, we managed to get some outstanding footage.

A beautiful elephant herd as well as three sole male elephants passed by right next to our camera. A little too close in fact, as you will see from the changed angle and a slightly foggy lens on the later clips. The below shot captured from the video is the sharpest wild elephant picture we’ve got thus far! 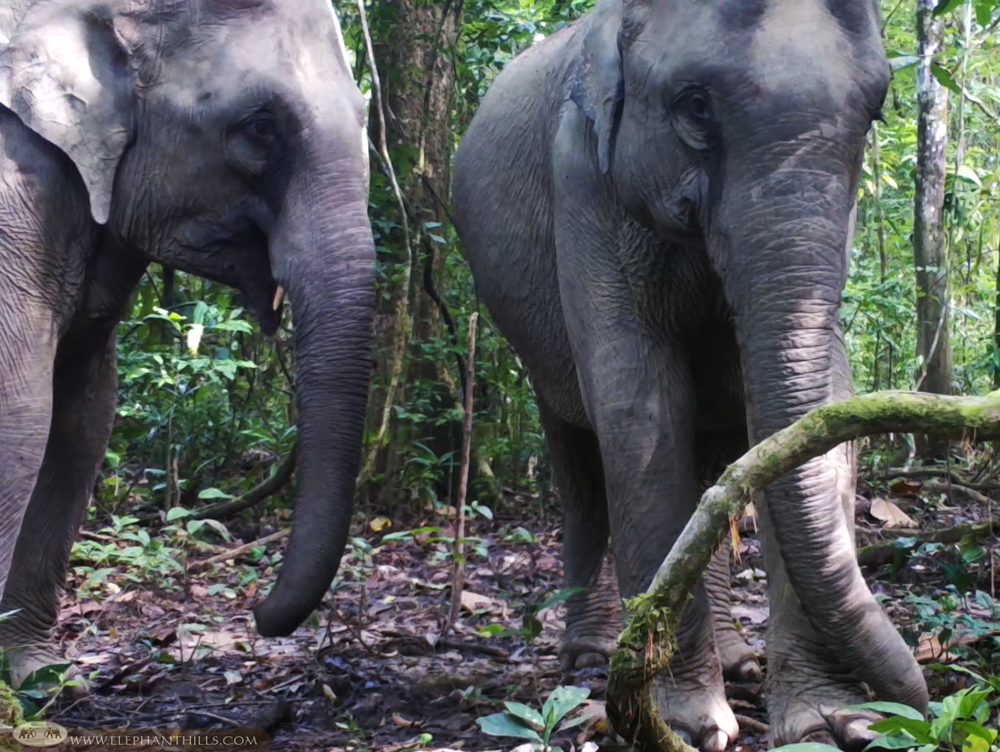 Wild elephants in Khao Sok National Park. The quality of the footage from our new camera trap is the best we have had so far!

We also captured a mother with a small baby, most likely part of the same herd we saw on our earlier attempt to retrieve the footage. This is clearly a popular corridor for wild elephants, as three sole males also passed by the camera trap! Although we faced quite a few obstacles, we were very pleased with the footage and hope you will enjoy it as much as we do. 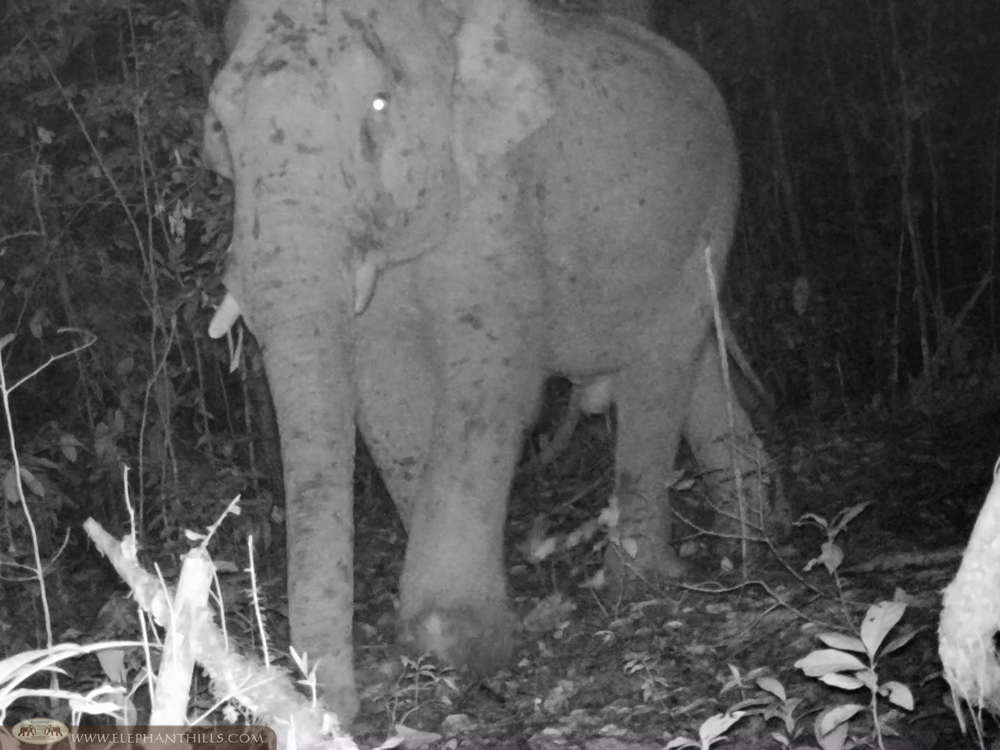 A sole male elephant caught on our camera trap

Other wildlife was also captured on the only functioning camera trap, so stay tuned for more footage!