This adorable gaur calf was spotted amongst the best clips from our latest recording period within our Wildlife Monitoring Project. This recording period saw a sudden, unforeseen extension due to our wild elephant encounter during the first attempt to enter the forest.

Moreover, we lost four out of six cameras, and one new camera that appeared to be functioning upon setting up, had failed to record any footage. Nevertheless, we still managed to retrieve some good footage from the last remaining camera.

Based on our camera trap footage over the years, as well as our discussion with the local research center, the gaur population in Khao Sok seems to be doing well. This is amazing, given the fact that gaur has been listed as vulnerable on the IUCN red list already since 1986. In some areas, the population has declined as much as 70% during the last three generations. On the positive note, well protected areas, such as Khao Sok National Park are nowadays able to maintain stable populations. 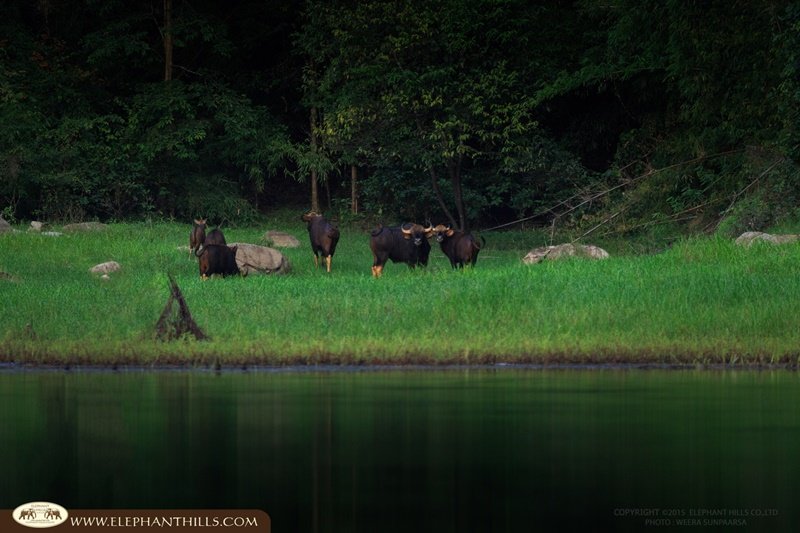 Of the group of 10 genera of ungulates that are part of the subfamily Bovinae, gaur is the largest one. Males are generally about one-fourth heavier and larger than the females. Gaur bulls can reach an enormous body mass of up to 1,500kg. As a matter of fact, this wild cattle species is the third biggest land animal in Asia, after Asian elephant and Indian rhinoceros. 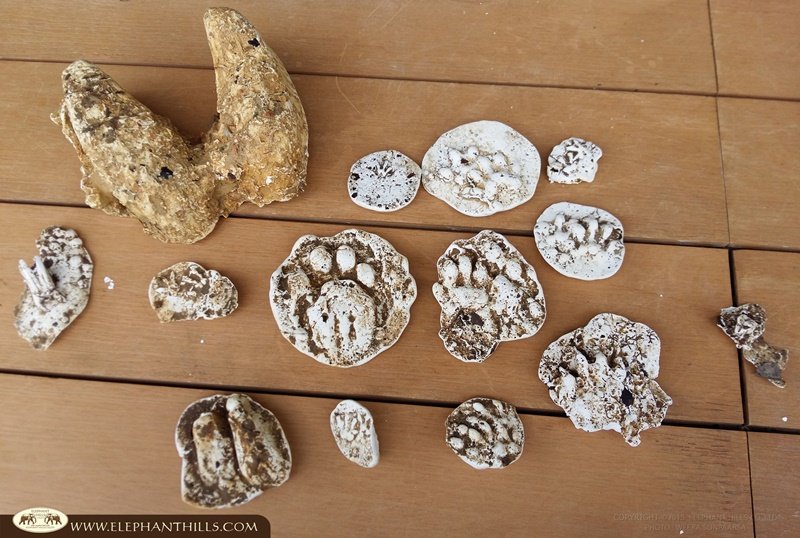 Some of the plaster casts we have made of animal foot prints in the depths of Khao Sok rainforest. The largest one on the left belongs to a gaur.

Due to their massive size and strength, gaur have very little natural predators besides humans. In Khao Sok, only leopards and possibly tigers (if they still exist) could attack gaur, and they would mainly hunt unguarded calves or unhealthy full-grown individuals. In many cases, even a tiger would decide to abandon the hunt if the herd manages to form a circle, shielding the vulnerable young.

Other wildlife was also captured on the only functioning camera trap, so stay tuned for more footage!